© Licensed to London News Pictures. 19/12/2019. London, UK. A forensic investigator searches for evidence on Courtland Avenue after reports of a fight, two men were later found a short distance from the scene with stab wounds, one of the victims later died. Police were called to Courtland Avenue, NW7, at 20:11GMT following a report of a fight in progress. Officers attended however no trace of any victim or suspects was found. At 20.27GMT, police were called by the London Ambulance Service to Barnet Bypass, near Scratchwood Park, to reports of a man, in his 20s, with stab injuries. Officers attended. The man was treated at the scene by paramedics before being taken to hospital. After a search of a car found at the scene, a man, in his 30s, was found inside a vehicle with stab wounds. Despite the efforts of emergency services, he was declared dead a short time later.. Photo credit: Peter Manning/LNP 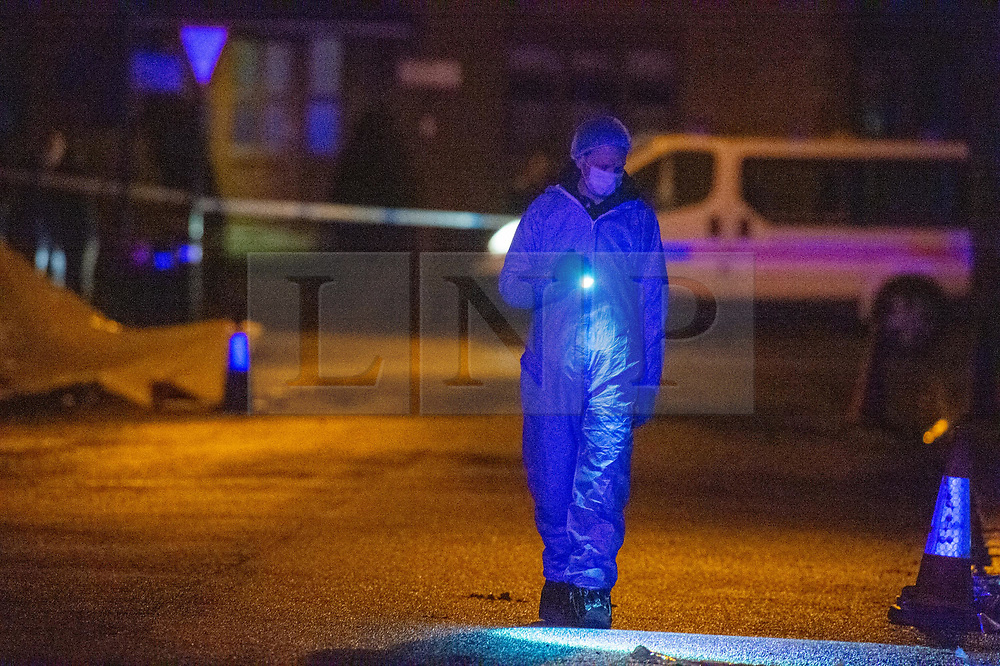