© Licensed to London News Pictures. 10/04/2021. London, UK. Police officer's stand at the crime scene after a 17-year-old boy was fatally stabbed in Sydenham. Police were called to Hazel Grove, junction with Sydenham Road, at 19:19BST on Saturday, 10 April after reports of a male lying injured on the ground. Officers attended with medics from the London Ambulance Service and the London Air Ambulance. They found a 17-year-old male who had been stabbed. Despite the best efforts of the emergency services, he was pronounced dead shortly after 20:00hrs. His next of kin have been informed. Photo credit: Peter Manning/LNP 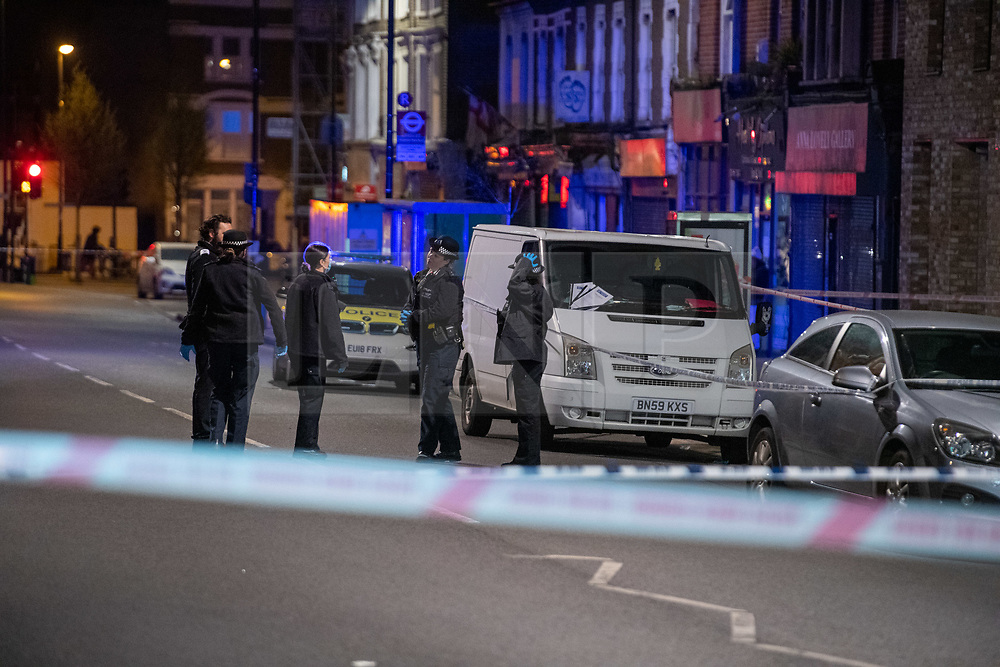