© Licensed to London News Pictures. 26/03/2016. CHRIS EUBANK at the fight of boxer NICK BLACKWELL defending his British middleweight championship against number one-ranked contender CHRIS EUBANK JR at the SSE Arena, Wembley. Twenty-five-year-old Blackwell is one of the most exciting fighters in the country and won the British middleweight title in May 2015. He has since defended his title twice. London, UK. Photo credit: Ray Tang/LNP 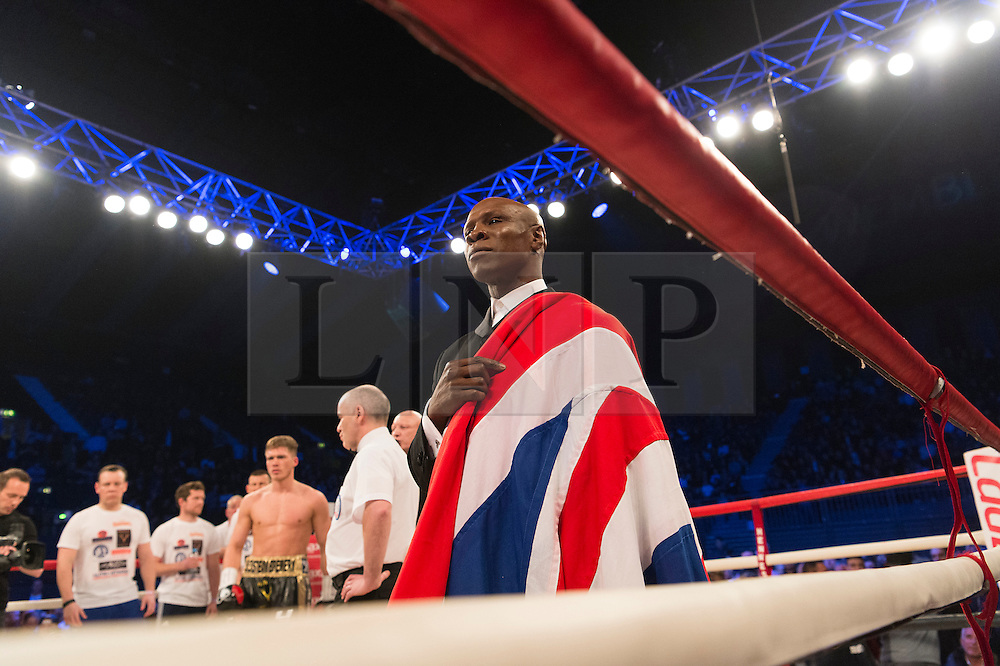