© Licensed to London News Pictures. 28/09/2014. Rabia, Iraq. Two fighters belonging to the Syrian-Kurdish YPG react to incoming fire from Islamic State insurgents, as they wait for an order to return fire in the Iraqi border town of Rabia. 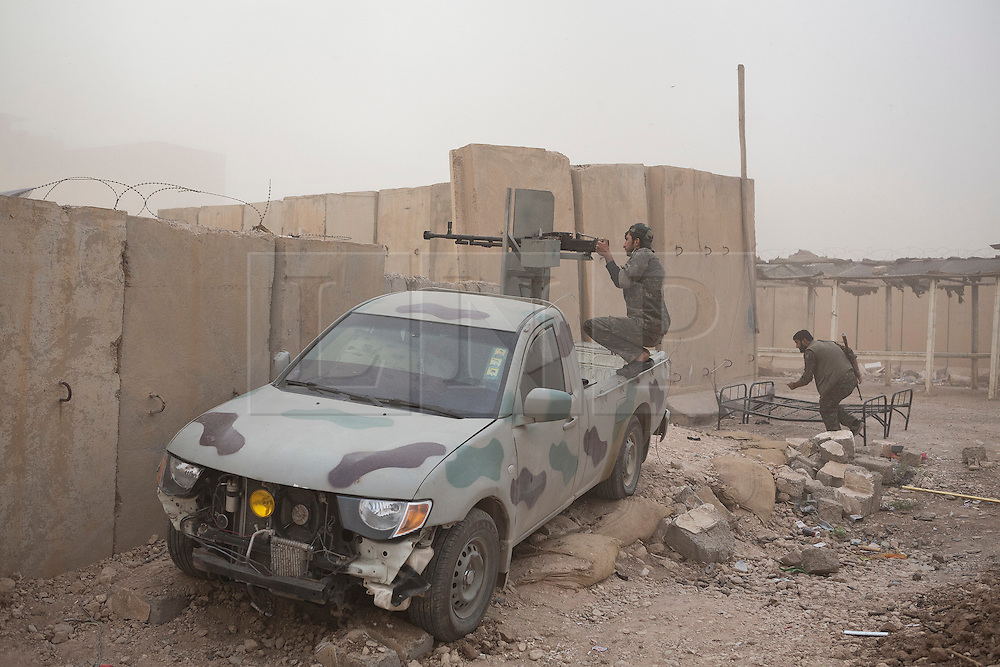