© Licensed to London News Pictures. 11/07/2019. Watford, UK. Fire engines can be seen at the back of Stage P at the Warner Bros film studios at Leavesden near Watford as they deal with the aftermath of a blaze that started overnight. Fire officers at to cut a large hole in the surrounding fence (R) to run their hoses in to the seat of the fire. The fire service were called in overnight after a fire started in one of the studios. The Harry Potter series was filmed here. Photo credit: Peter Macdiarmid/LNP 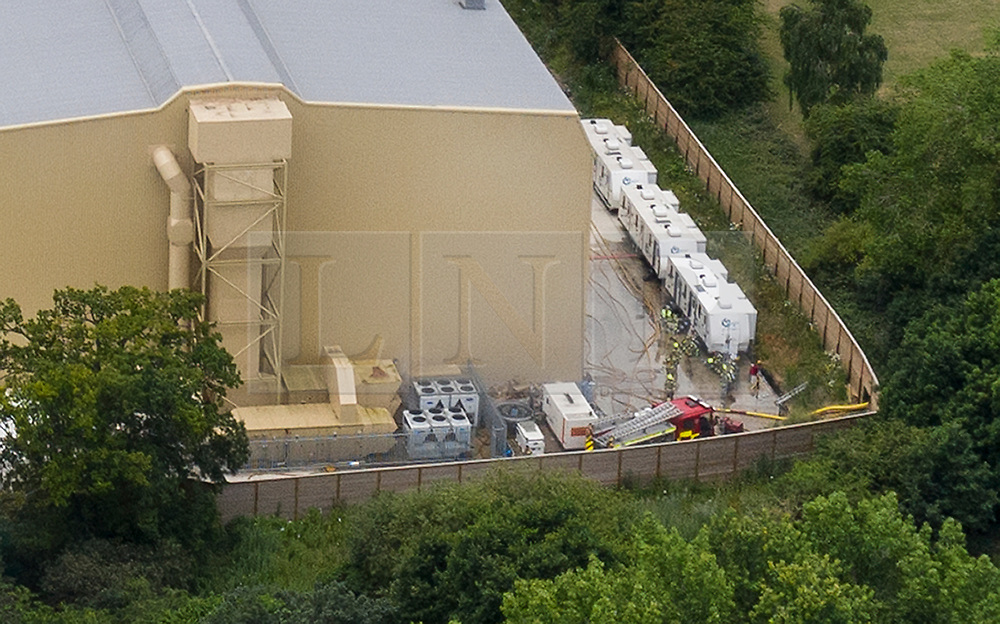