© Licensed to London News Pictures. 07/12/2014. Bristol, UK. Fireworks for the150th anniversary of The Clifton Suspension Bridge, which spans the Avon Gorge from Bristol to Leigh Woods in North Somerset, and is the symbol of the city of Bristol was completed 150 years ago and first opened to the public on 8th December 1864. The Grade I listed structure has attracted visitors from all over the world and was designed by Isambard Kingdom Brunel who won the competition to design a bridge to span the gorge, was begun in 1836 but was not completed until after his death. The bridge is operated by Clifton Suspension Bridge Trust and is entirely funded by tolls - which have paid for its upkeep since it first opened to the public. It is open and manned 24 hours a day, 7 days a week throughout the year and carries up to 12,000 vehicles crossing per day. There will be a fireworks spectacular from the bridge on Sunday 07 December and a 150th anniversary procession on 08 December 2014. Photo credit : Simon Chapman/LNP 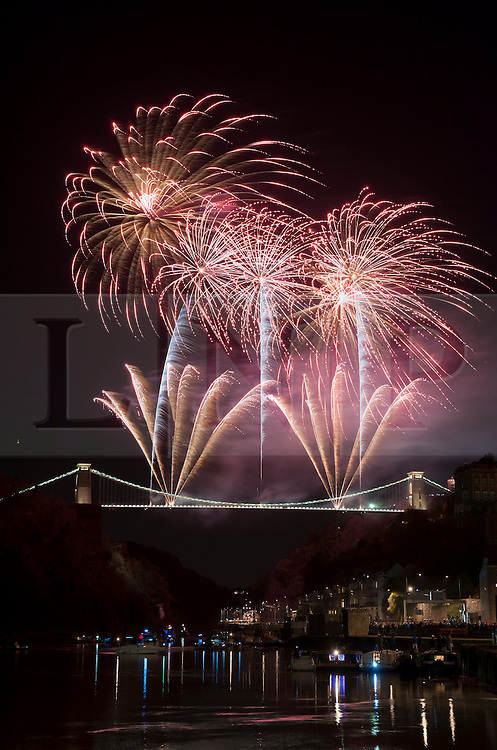