© Licensed to London News Pictures. 21/10/2015 Ipoh, Malaysia. Devotees carry a Emperor God out of the temple in preparation to walk over a bed of hot embers to purify their soul during a fire-walking ceremony on the last day of the Nine Emperor Gods Festival at Tow Boh Keong temple in Ipoh, Malaysia, Wednesday, Oct. 21, 2015. The festival is a nine-day Taoist celebration to mark the birth of the Nine Emperor Gods from the first day to the ninth day of the ninth moon in Chinese Lunar Calender. The origin of the Nine Emperor Gods (stars of the Northern constellation) can be traced back to the Taoist worship of the Northern constellation during Qin and Han Dynasty and absorb this practice of worshipping the stars and began to deitify them as Gods. Photo credit : Sang Tan/LNP 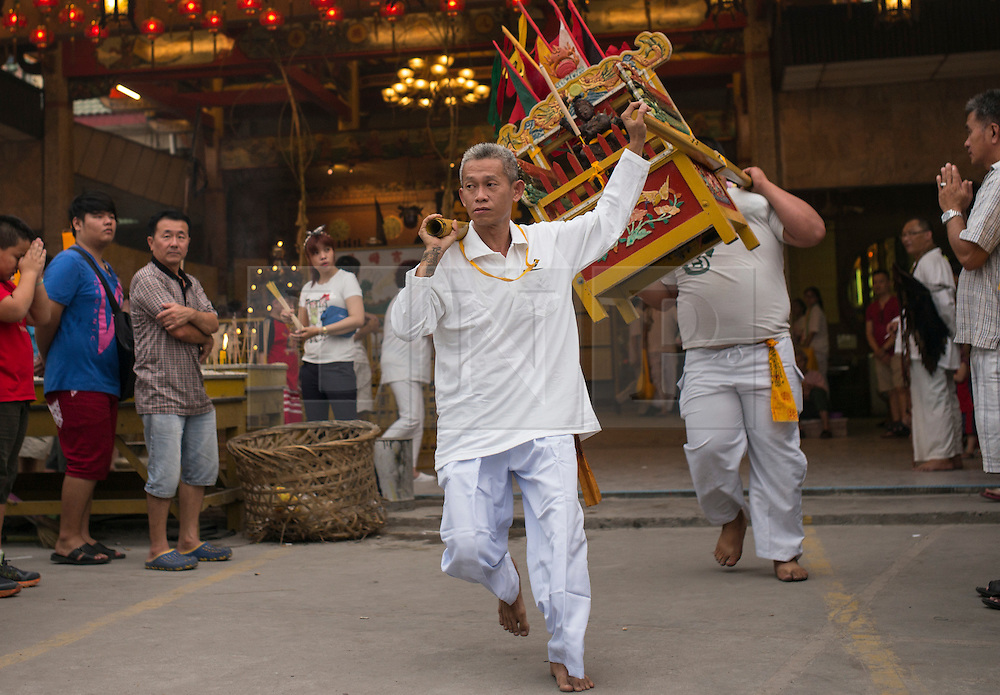