© Licensed to London News Pictures. 20/04/2015. Bristol, UK. Election Hustings held at the Malcolm X centre in St Pauls with a full hall listening to candidates for Bristol West which could be a marginal seat between the Greens, Labour and the Lib Dems. Members of the audience were given 'thumbs up' and 'thumbs down' signs to indicate if they liked or disliked what each candidate said. Candidates from left to right were Thangam Debbonaire (Labour), Darren Hall (Green), chair of the meeting, Stephen Williams (Lib Dem), Claire Hiscott (Conservative). Photo credit : Simon Chapman/LNP 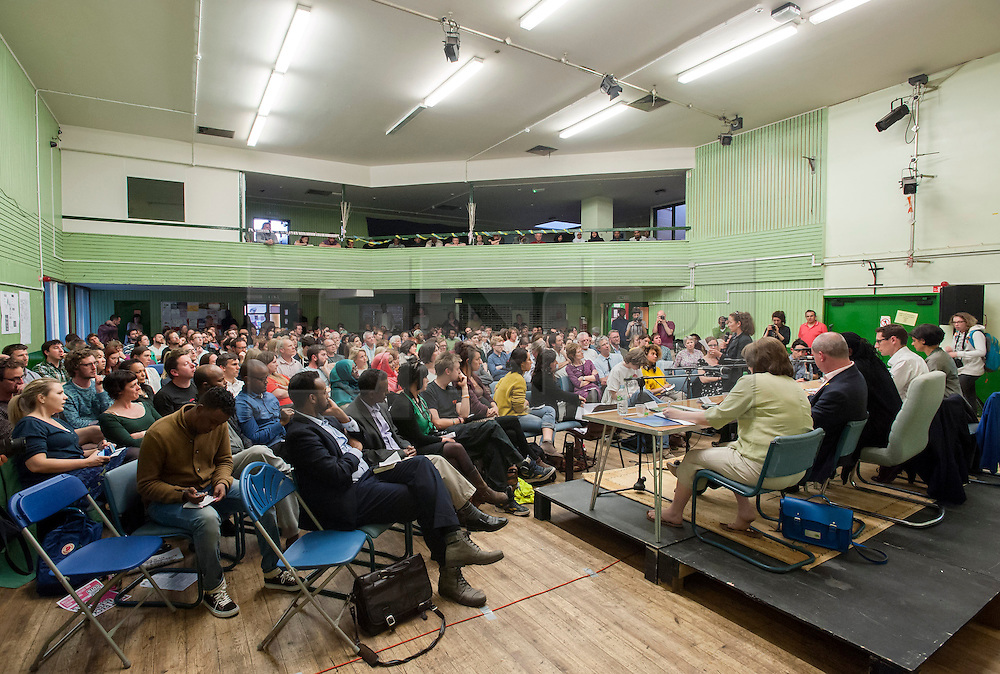