© Licensed to London News Pictures. 20/04/2017. London, UK. A visitor is seen against the artwork at the unveiling at Somerset House of "Western Flag" (Spindletop, Texas) 2017 by artist John Gerrard. The artwork, in the form of an LED wall installation, is a symbol for climate change and modern society’s dependence on oil and has been commissioned by Channel 4 as part of their Man-Made Planet season to mark this year’s Earth Day (22nd April). Photo credit : Stephen Chung/LNP 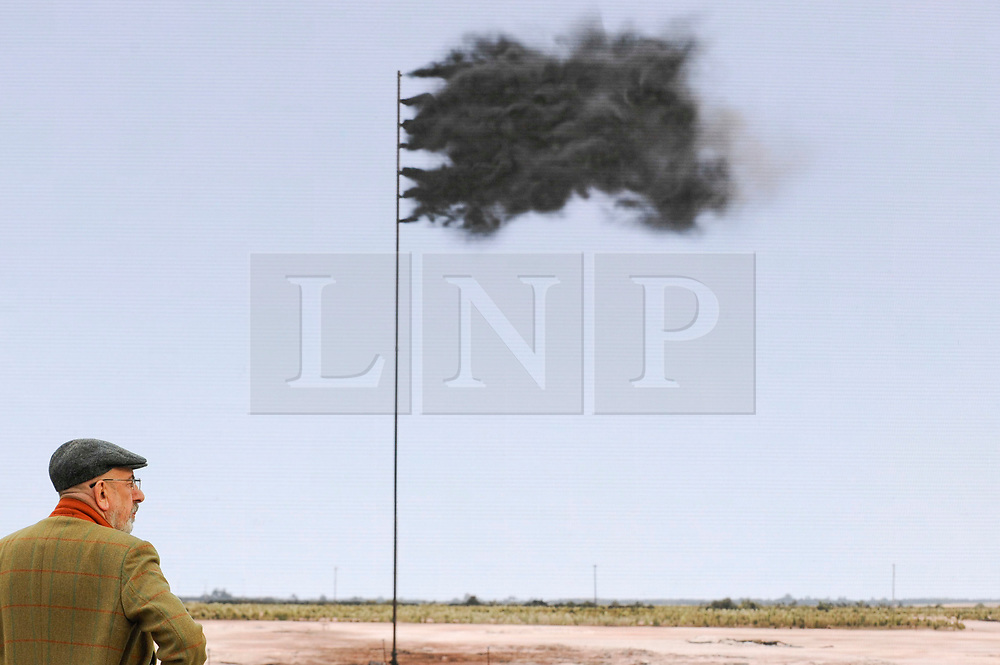