© Licensed to London News Pictures. 11/04/2018. London, UK. A man who gave his name as Iain Gordon tears up a condolence card after removing all the floral tributes from near the house of Richard Osborn-Brooks. Henry Vincent was killed as he burgled the home of 78 year old Richard Osborn-Brooks. Mr Osborn-Brooks was arrested for murder but later released without charge. Friends and family of Henry Vincent have had floral tributes they placed near the scene repeatedly torn down by locals. Photo credit: Peter Macdiarmid/LNP 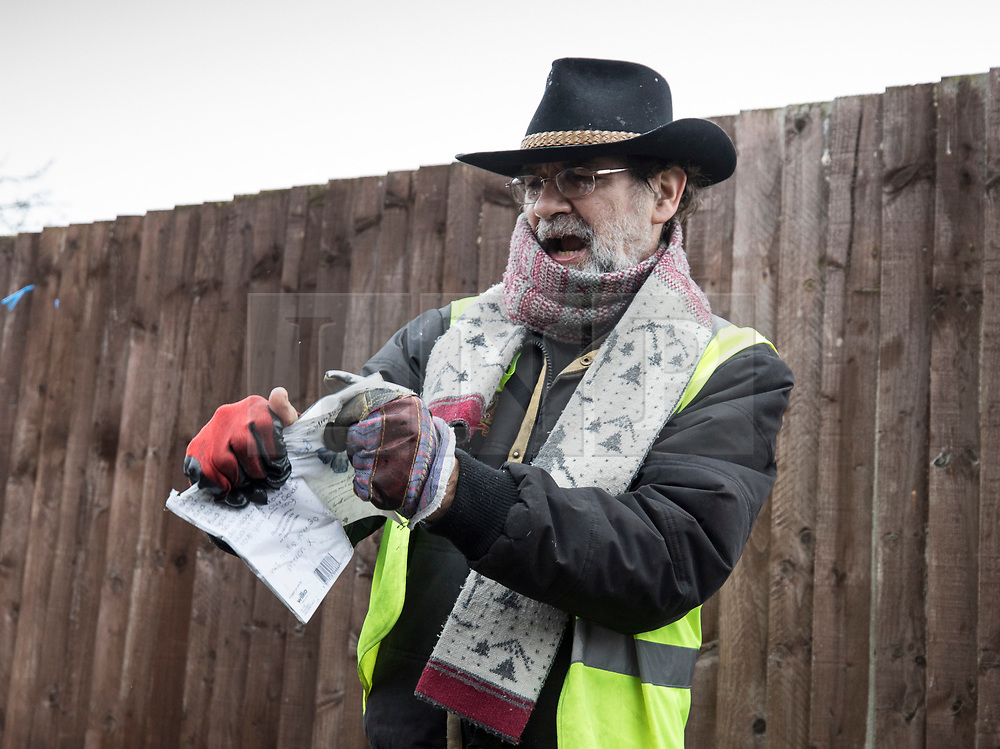