© Licensed to London News Pictures. 13/04/2018. London, UK. SIR CLIFF RICHARD leaves the Rolls Building of the High Court in London with television presenter GLORIA HUNNIFORD after giving evidence is a case where he is claiming damages against the BBC for loss of earnings. The 77-year-old singer is suing the corporation after his home in Sunningdale, Berkshire was raided following allegations of sexual assault made to Metropolitan Police. Photo credit: Ben Cawthra/LNP 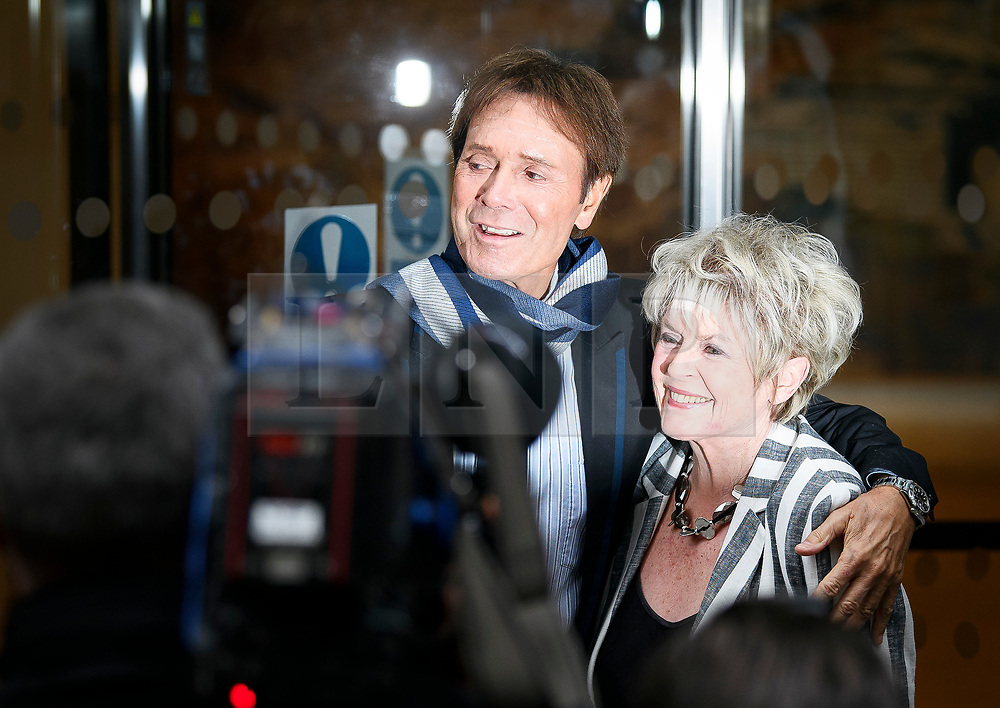