© Licensed to London News Pictures . FILE PICTURE DATED 31/12/2018 of a deployed taser , medical equipment and a shoe on a platform at Victoria Station in Manchester as Mahdi Mohamud is due to appear at Manchester Crown Court today (Tuesday 26 November 2019) charged with 3 counts of attempted murder and 1 count contrary to Section 58 (1) (a), TACT 2000 which relates to the possession of a document or record likely to be useful to a person committing or preparing an act of terrorism . On the evening of 31st December 2018 , as thousands headed in to Manchester City Centre to watch New Years Day fireworks , three people including a British Transport Police Officer were stabbed and a man was tasered on a Metrolink platform of Victoria Train Station in Manchester . Photo credit : Joel Goodman/LNP 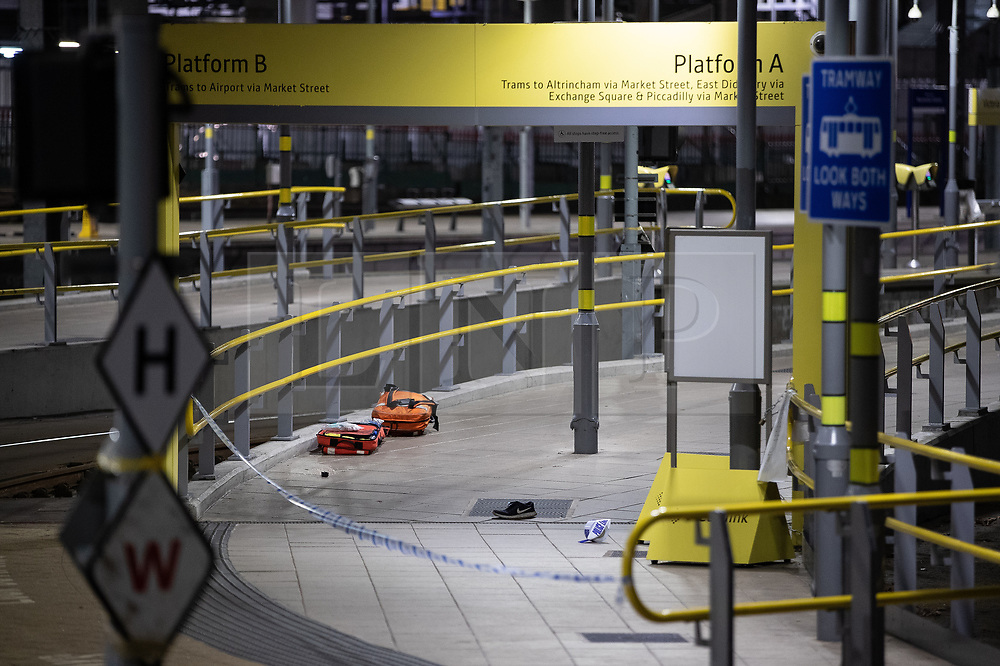