© Licensed to London News Pictures. 07/04/2013.Worksop, UK. Worksop Police Station. .Four teenagers have been arrested in connection with the death of a 40-year-old man in Worksop town centre on Saturday night (6 April 2013)..It follows reports of an assault at around 7.30pm in Bridge Street, near its junction with Central Avenue and Ryton Street..The victim was taken to Bassetlaw District Hospital where he was pronounced dead..A murder inquiry is now underway. Formal identification of the victim has yet to take place and a post-mortem examination is due to be conducted to establish the cause of death. Four boys, three aged 15 and one aged 16, remain in custody where they will be questioned by officers today (Sunday 7 April 2013). A cordon is in place at the scene while forensic enquiries are carried out. Photo credit : Tom Maddick/LNP 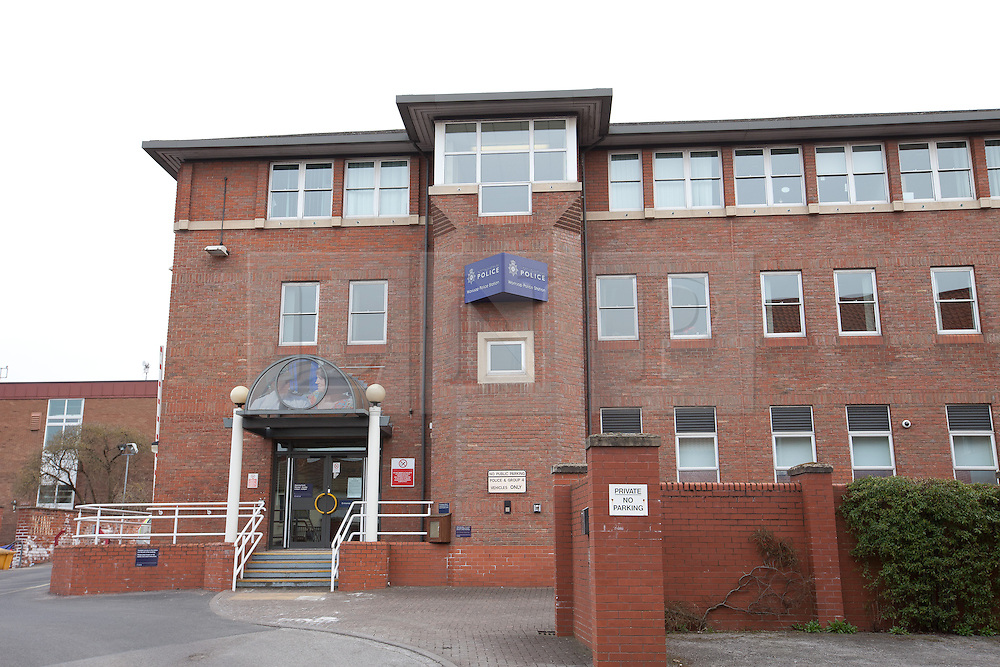