© Licensed to London News Pictures. 29/01/2016. London, UK. Heterosexual couple CHARLES KEIDAN and REBECCA STEINFELD arrive at the Royal Courts of Justice in London, where a judge is due to rule if they can enter into a civil partnership rather than marriage. The couple, who are both academics and live in London, argue that the Government's position on civil partnerships is "incompatible with equality law". Photo credit: Ben Cawthra/LNP 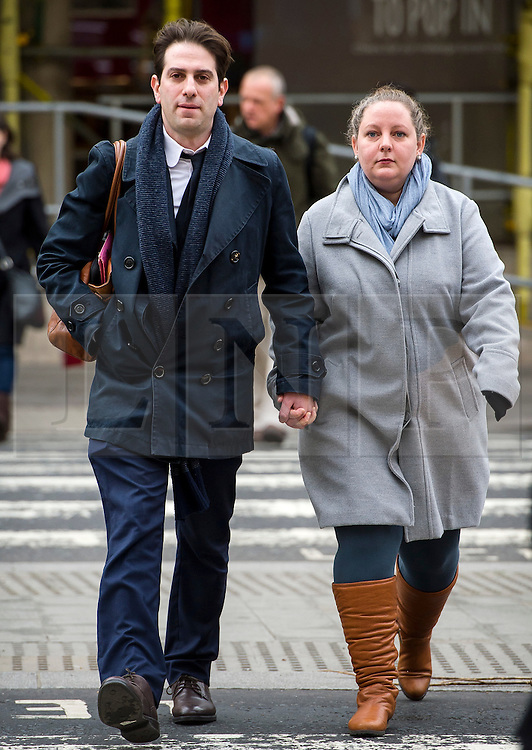