© Licensed to London News Pictures. 02/09/2017. London, UK. A visitor to the Concours of Elegance show admires a line up of classic Jaguar D-Type sports cars on display in the grounds of Hampton Court Palace. The Concours of Elegance brings together, over three days, a selection of 60 of the rarest cars from around the world some of which have never been seen before in the UK. Each car owner is asked to vote on the other models on display to decide which car is considered to be the ‘Best of Show’. The show also displays of hundreds of other fine motor cars, including entrants to The Club Trophy. Photo credit: Peter Macdiarmid/LNP 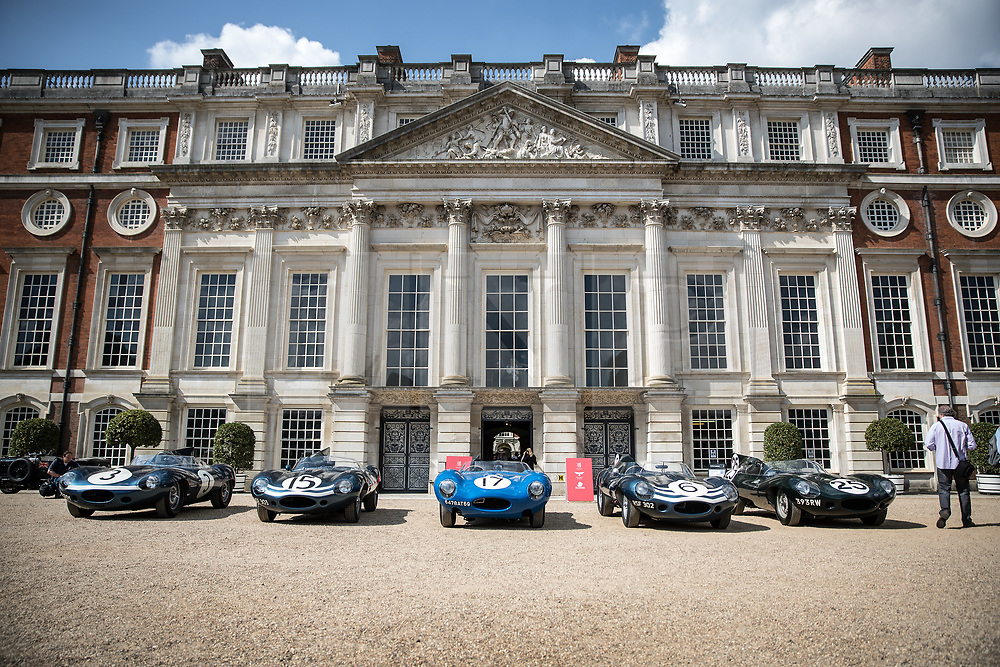