© Licensed to London News Pictures. 24/12/2013. Billericay, UK. UK Weather. After a night of torrential rain and wind many roads became flooded across the south of England. In Billericay, an East of England Ambulance Service Volvo paramedic vehicle became a victim of the water. It became stuck in the flood water and was pulled clear by another vehicle. Other units attended to tranfer the emergency equipment out of the vehicle. Photo credit : Simon Ford/LNP/LNP 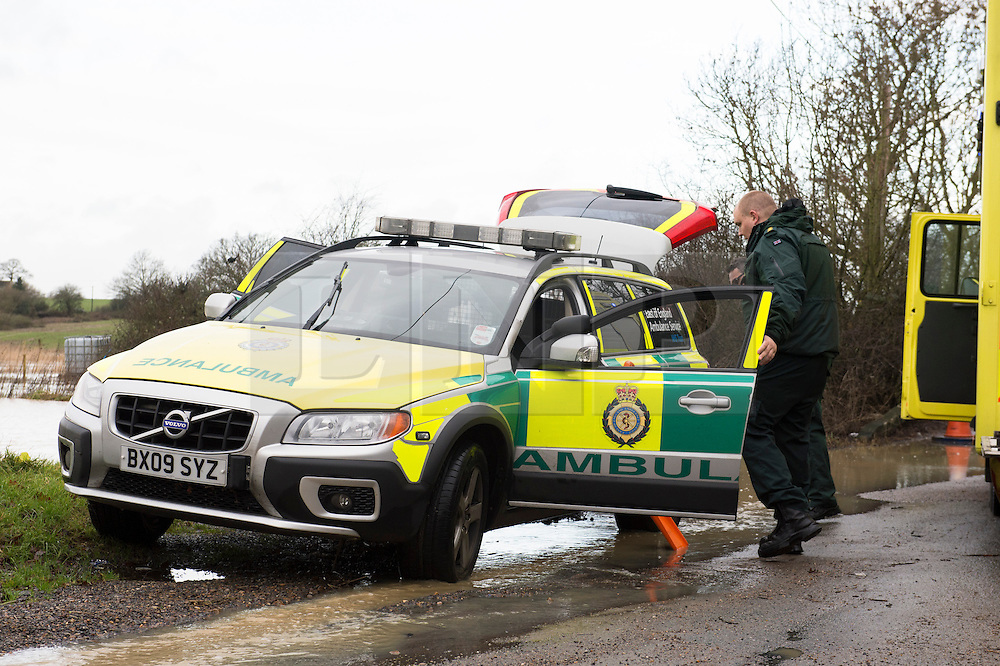