© Licensed to London News Pictures. 06/01/2016. Haxey UK. Picture shows Dale Smith "the fool" at The Haxey Hood that takes place today, The historic event dating back to the 14th century sees teams representing four pubs in Haxey & Westwoodside compete for a leather cylinder known as the hood. After a pub crawl around the participating pubs, the game begins with a famous speech from the ceremonial fool. The game is won when the scrum reaches one of the pubs and the hood is touched by the landlord or landlady. Photo credit: Andrew McCaren/LNP 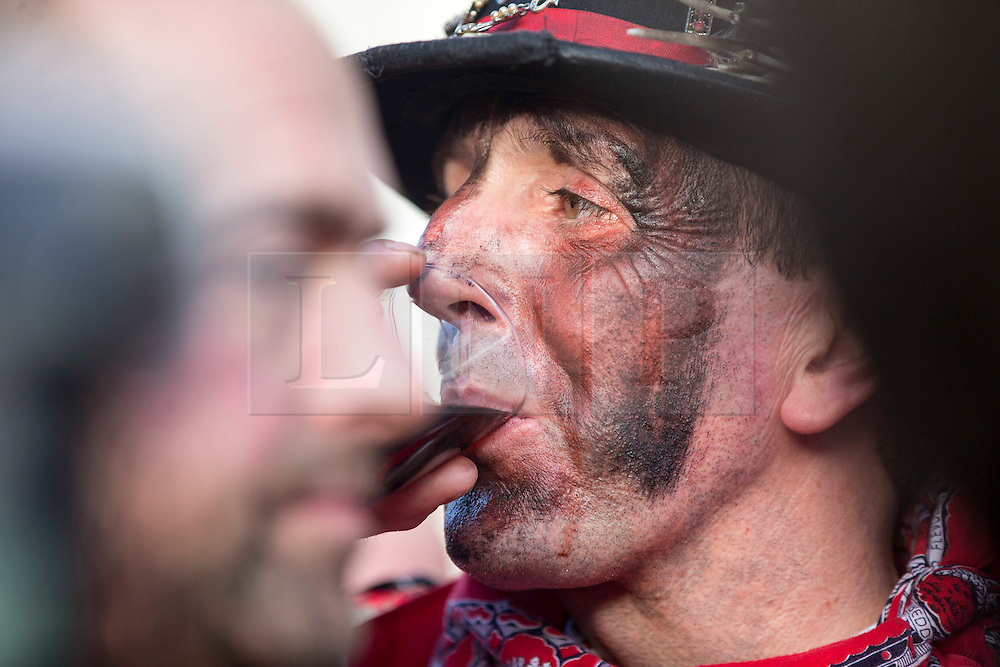