© Licensed to London News Pictures. 04/11/2016. Hamdaniyah, Iraq. A blood stained table, and blood splashed walls are seen in a room thought to have been used by ISIS militants in the recently liberated Iraqi town of Hamdaniyah. 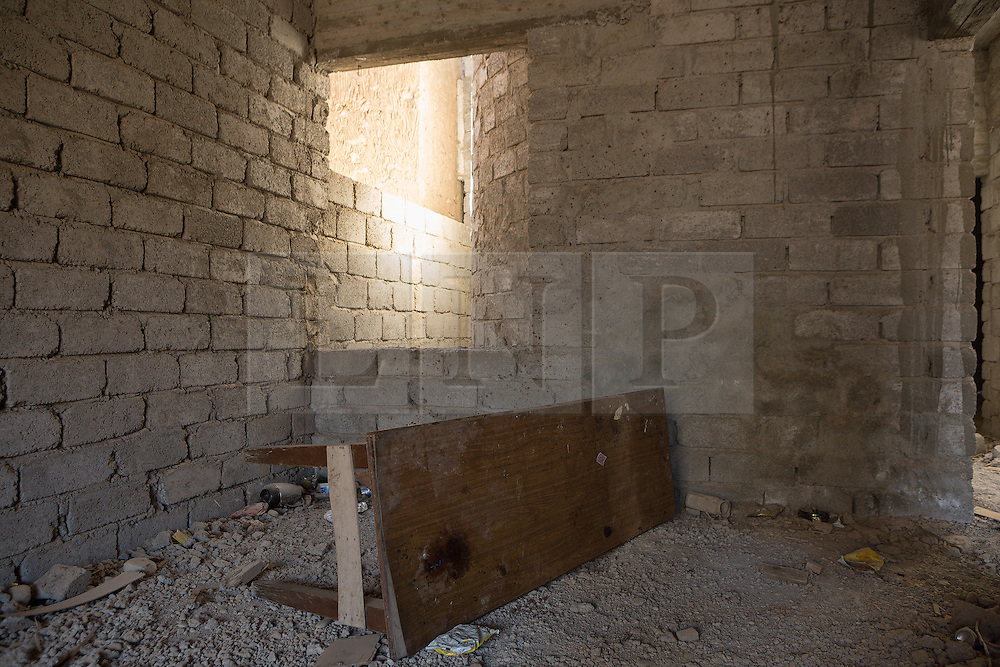