© Licensed to London News Pictures. 15/10/2013
New homes at Beaufort Gate, Orpington, South East London,BR5.
UK house prices hit a new record high in August 2013, driven by soaring demand across London and south east of England.
The Office for National Statistics (ONS) recorded an increase of 3.8% in the 12 months to August 2013, up from a 3.3% rise in the 12 months to July 2013.
It measured growth as being stable across most of the UK - with a year-on-year increase of 4.1% for England over the period being driven largely by growth in London.
Photo credit :Grant Falvey/LNP 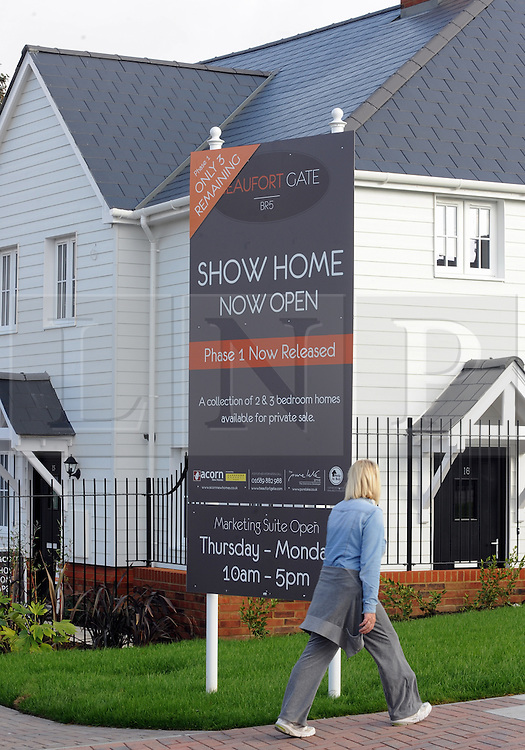