© Licensed to London News Pictures. 05/09/2017. York UK. Picture shows the inside of the house in York where a car crashed through the wall on Sunday. The car that crashed into a house in York on Sunday has been removed this morning revealing the damage caused to the inside of the property. The car crashed through the wall into the living room then caught fire & caused a blaze in the the house, the crash injured four people including a man who was sat in the front room of the property at the time of the incident. Photo credit: Andrew McCaren/LNP 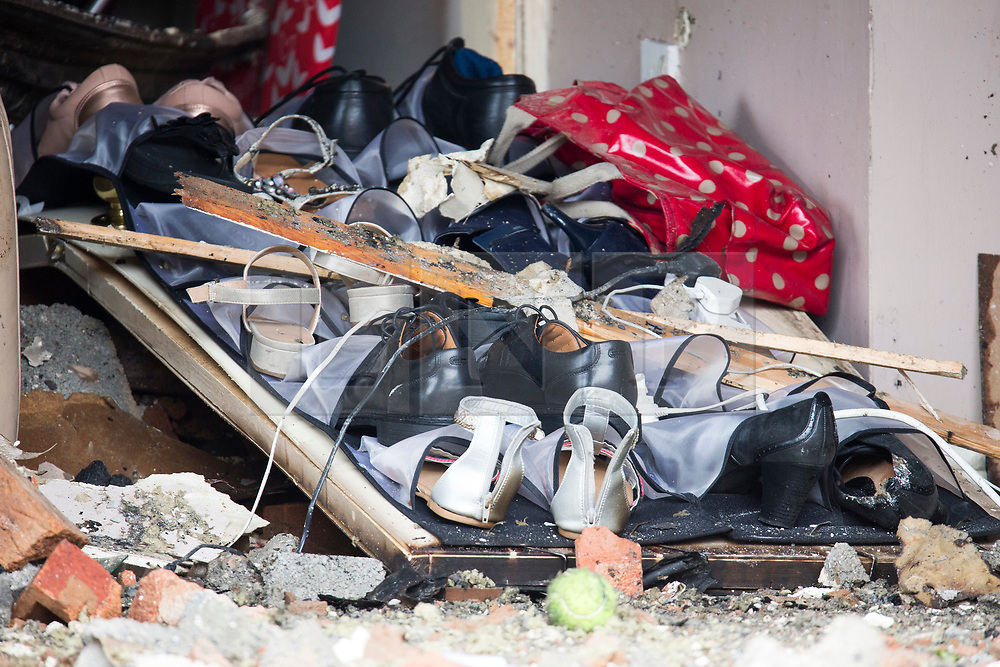