© Licensed to London News Pictures. 11/10/2019. Manchester, UK. A forensic scenes of crime examiner searches the pavement adjacent to a pillar box , made famous for being photographed still standing amongst rubble after a terror attack by the IRA in the same part of the city in 1996 . Terrorism Police are investigating after four people were stabbed during a single attack at the Arndale Centre in Manchester City Centre . Photo credit: Joel Goodman/LNP 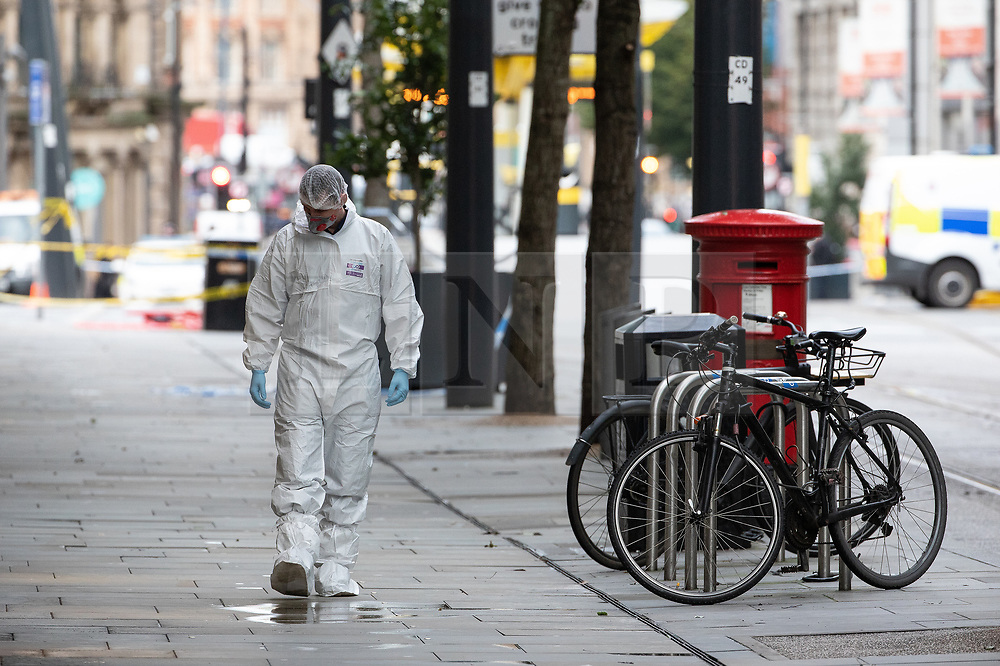