© Licensed to London News Pictures . 27/09/2018. London, UK. Police look on from a balcony as former EDL leader Tommy Robinson (real name Stephen Yaxley-Lennon ) enters the Old Bailey, where he faces a retrial for Contempt of Court following his actions outside Leeds Crown Court in May 2018 . Robinson was already serving a suspended sentence for the same offence when convicted in May and served time in jail as a consequence , but the newer conviction was quashed by the Court of Appeal and a retrial ordered . Photo credit: Peter Macdiarmid/LNP 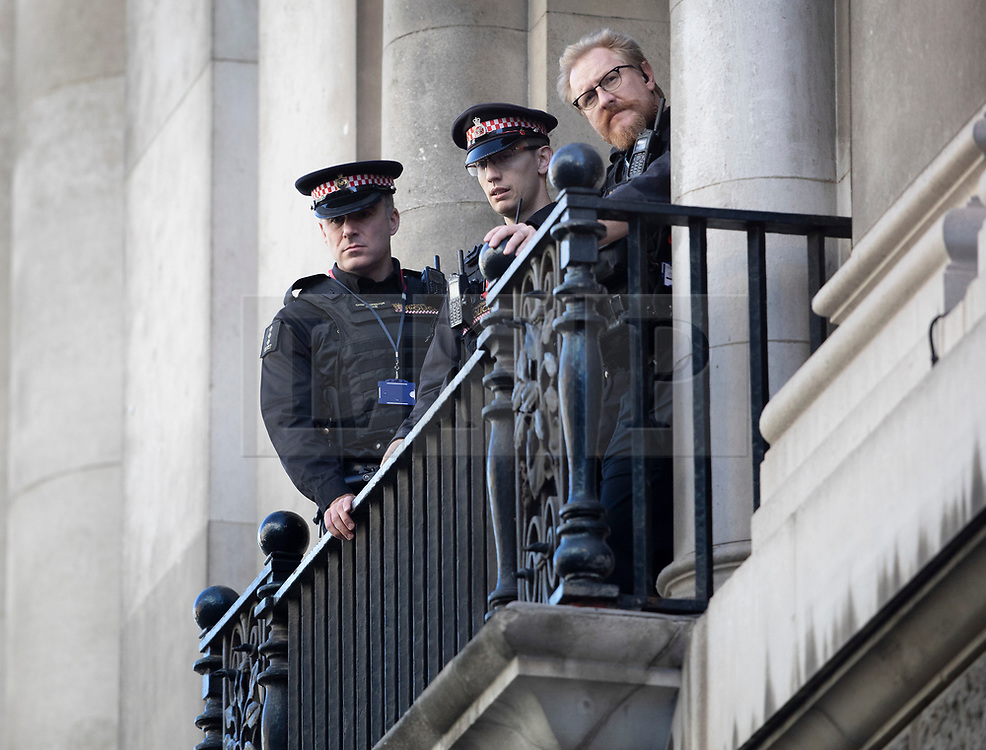