© Licensed to London News Pictures. 29/07/2019; Bristol, UK. The central bay of the Brabazon hanger at Filton Airfield. Malaysian company YTL Developments are proposing to build a new 16,000 seater 'Bristol Arena' for concerts and events in the Brabazon hangers, and Filton Airfield is to be redeveloped for housing by YTL. The new Brabazon neighbourhood will eventually have thousands of new homes, schools, health centre, university campus and employment space. After the Second World War, the concrete runway at Filton Aerodrome was extended to enable the huge Bristol Brabazon airliner to take off safely. The three-bay Brabazon Hangar was built in the late 1940s and the hangar doors were the largest in the world at the time. After a worker was crushed and killed while taking a sleep in one of the folds of the hangar doors, a siren was installed to warn employees when the doors were being operated. Photo credit: Simon Chapman/LNP. 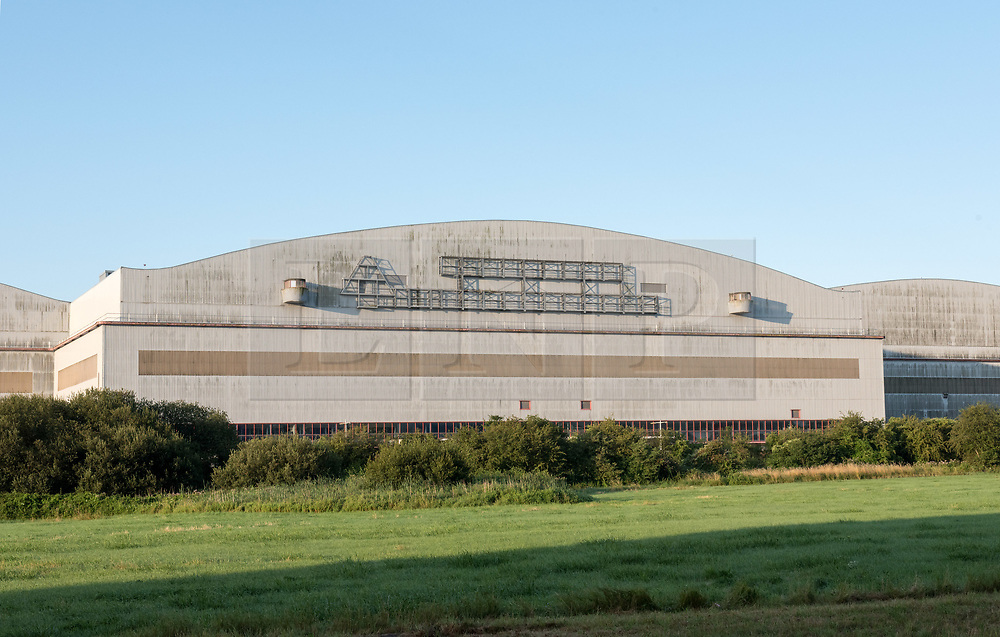