© Licensed to London News Pictures. 04/11/2016. Hamdaniyah, Iraq. A Christian militiaman, wrapped in the Assyrian flag, walks through the fire damaged Syriac Catholic Church of Mar Behnam and his sister Mart Sarah in the recently liberated Christian town of Hamdaniyah, Iraq. The church was vandalised and burnt by Islamic State militants during their two year occupation of the town which was retaken by Iraqi Security Forces during the ongoing Mosul Offensive. 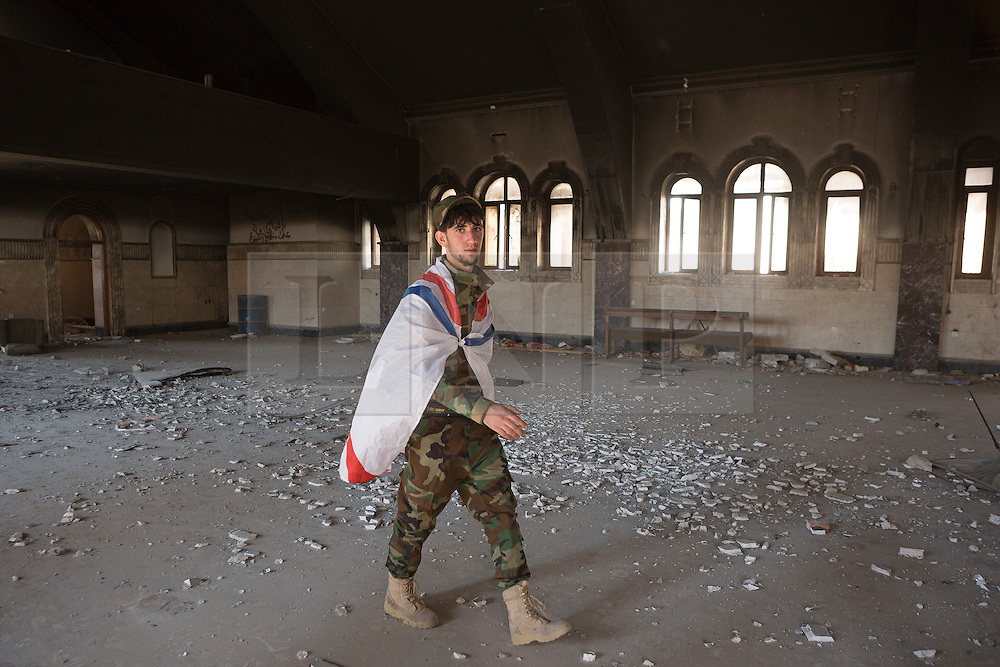