© Licensed to London News Pictures. 25/11/2019. Bristol, UK. University strike across the UK. PAUL BRIDGE, UCU head of HE, speaks at a Rally and march by University and College Union (UCU) members at the University of Bristol with support from students. Strikers gathered outside the university's Victoria Rooms and then marched down Bristol's Park Street past the university's Wills Memorial tower. The disputes is about changes to the Universities Superannuation Scheme (USS) and universities’ failure to make improvements on pay, equality, casualisation and workloads. As well as eight strike days from 25 November 2019 to Wednesday 4 December 2019, union members will begin ‘action short of a strike’. This involves things like working strictly to contract, not covering for absent colleagues and refusing to reschedule lectures lost to strike action. Photo credit: Simon Chapman/LNP. 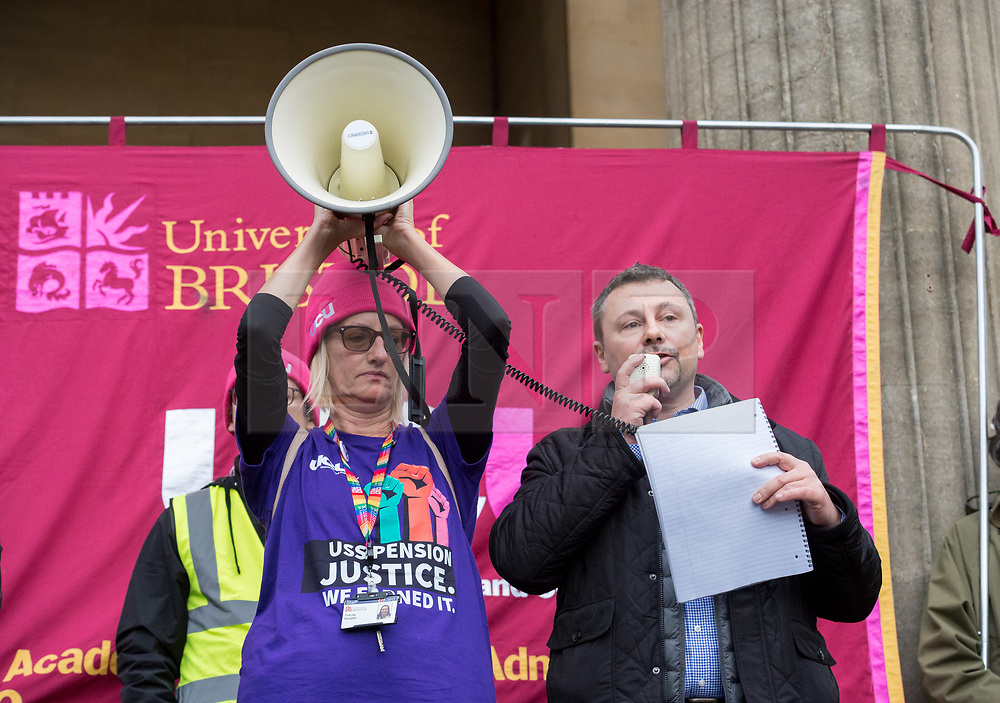