© Licensed to London News Pictures. 15/12/2018. Bristol, UK. Campaigners stage a "Die In", part of the 'Extinction Rebellion' campaign event "Bristol Rebellion Day" to draw attention to the catastrophic impact of the fast-fashion industry and Christmas on our climate and ecological systems, part of a national day of action in many towns and cities about the threat of climate change. Regional Extinction Rebellion groups are taking part non-violent action to put pressure on local councils to transform policy in line with national demands to act on climate change. Campaigners say Bristol City Council is leading the way, having declared a climate emergency in November. Campaigners gathered inside Cabot Circus on the bottom floor, with songs from the XR Choir and a die in where all activists will lay on the floor. The campaign wants to make ecocide a crime in UK law, saying the threat of climate change threatens the lives of millions of people on the planet. The campaign is organised by Rising Up. Photo credit: Simon Chapman/LNP 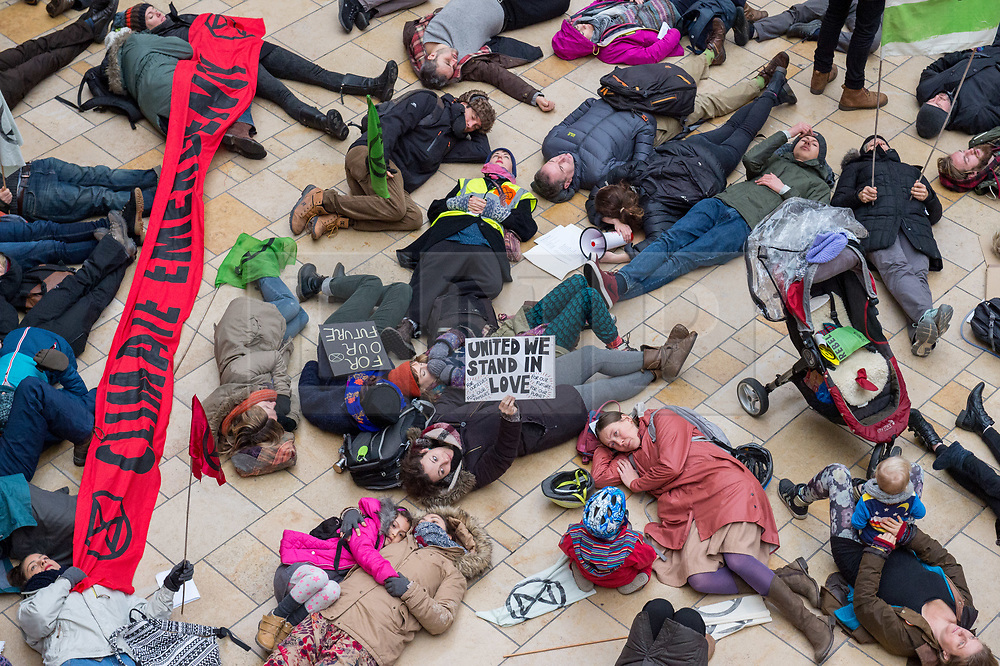