© Licensed to London News Pictures. 13/09/2012. London, England. Actor Simon Callow performs the one-man show "The Mystery of Charles Dickens" at the Playhouse Theatre from 13 September to 10 November. Callow brings Dickens' story to life, as well as 49 of his well-known characters from Bill Sikes to Miss Havisham. The Mystery of Charles Dickens first premiered in 2000 before being revived in 2002. This production marks the 200th anniversary of the birth of Charles Dickens. The play was written by Peter Ackroyd. Photo credit: Bettina Strenske/LNP 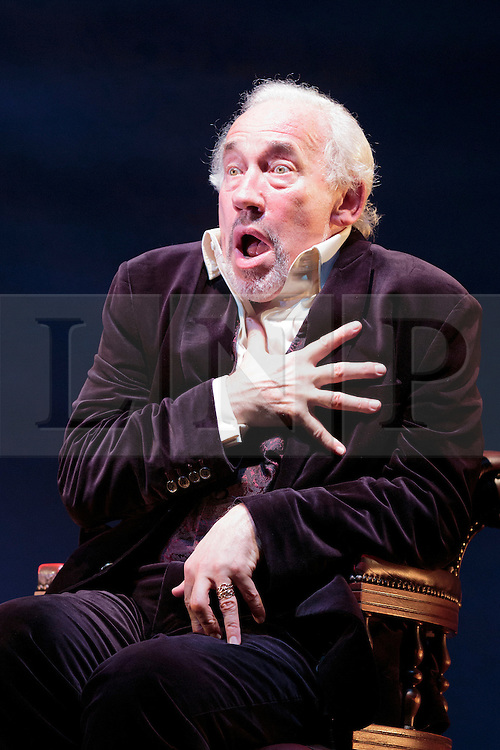