©London News pictures. 10/03/11. Ant and Dec filming at Crufts 2011 today (Thurs). Anthony "Ant" McPartlin, the television presenter, was punched in the face during an unprovoked fight while watching a football match in a London pub, it emerged on Wednesday. The 35 year-old, who with Declan "Dec" Donnelly are collectively known as "Ant and Dec", was attacked as he watched the Arsenal v Barcelona Champions League match on Tuesday. Picture Credit should read Stephen Simpson/LNP 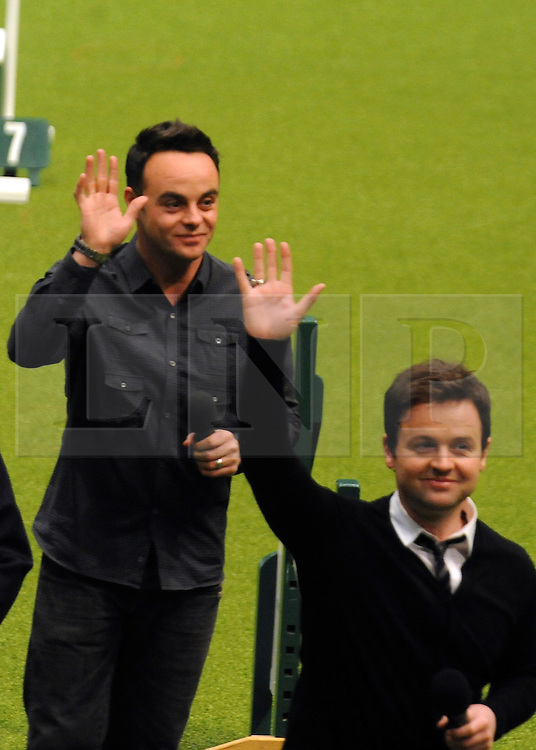