© London News Pictures. Rue Nicolas Appert, Paris, France, 05 December 2016: Plaque unveiled at the Charlie Hebdo offices a year after the shooting commemorating the 11 dead at the satirical magazine. The name of one of the victims, Georges Wolinski, was misspelled on on the memorial - a replacement plaque hsa been promised by the Mayors office. Separate plaques were installed at the spot where police officer Ahmed Merabet was shot by the fleeing Kouachi brothers on nearby Boulevard Richard-Lenoir, and at the Hyper Cacher supermarket where Amedy Coulibaly killed four hostages two days after the Charlie Hebdo attack. 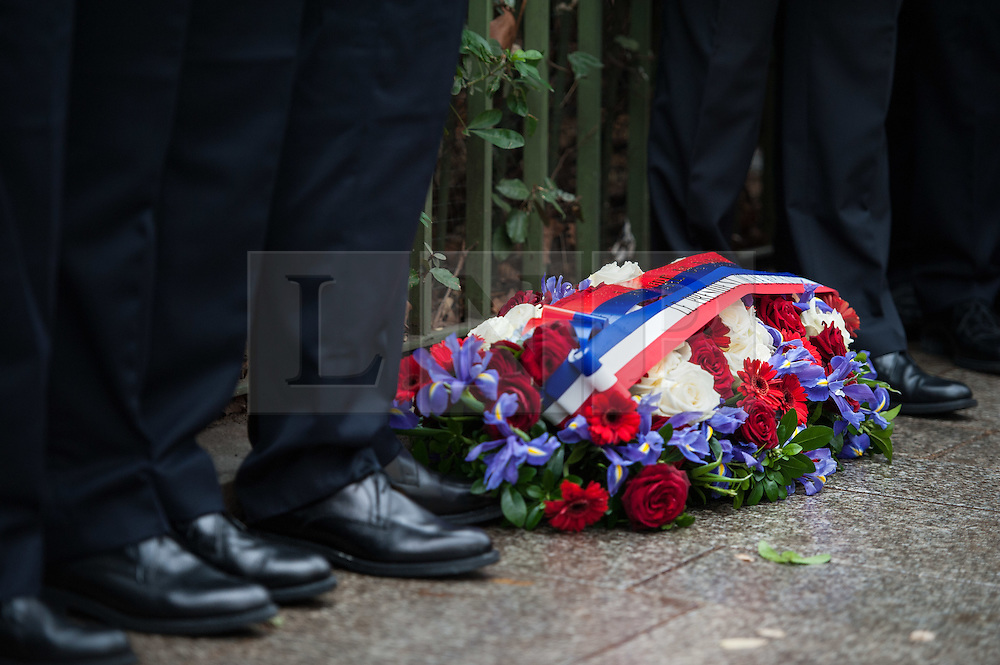