© Licensed to London News Pictures. 04/03/2019; Winchcombe, Gloucestershire, UK. Pancake tossing at Sudeley Castle with historic characters including Queen Katherine Parr (in purple) and Thomas Seymour who married Katherine after Henry's death. Queen Katherine Parr was among eight historic reenactors from Past-Times Living History who visited the Castle to celebrate its reopening after being closed for winter and also marked the historic tradition of Pancake Day, which has its origins in Tudor times. The tradition of making pancakes is long, and featured in cookery books as far back as 1439. The tradition of tossing or flipping them is almost as old. The castle and gardens are now open for the season. Sudeley Castle was one of the Tudors’ most treasured palaces, often housing those closest to the crown. It’s where Anne Boleyn stayed with Henry VIII while he decided to dissolve the monasteries, and where Katherine Parr, Henry’s last wife, lived after he died. She now lies entombed in the Castle’s church. Photo credit: Simon Chapman/LNP 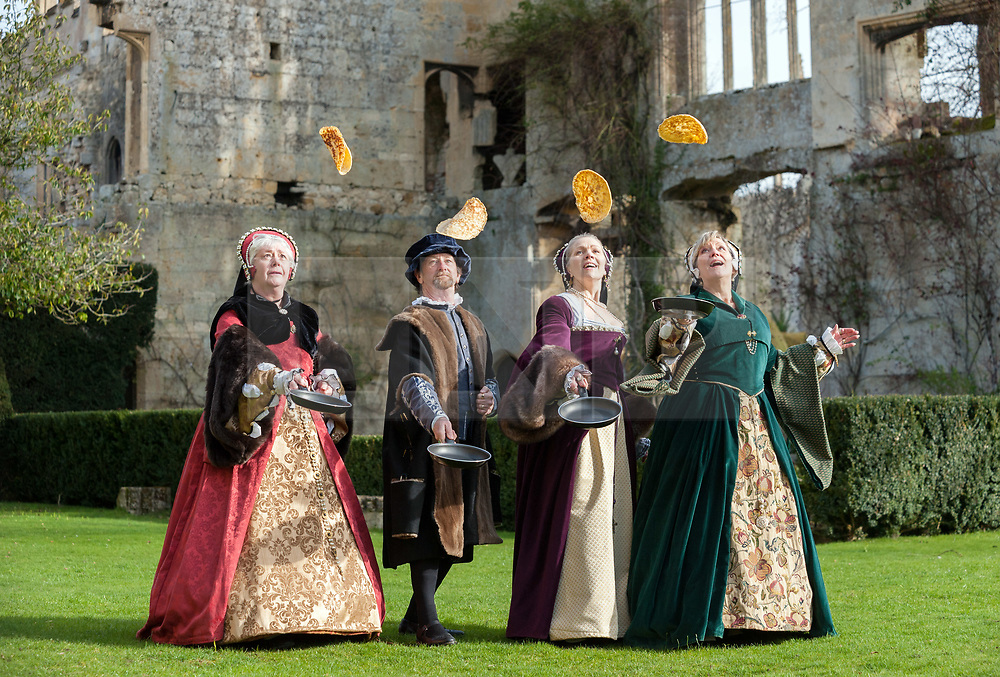