© Licensed to London News Pictures. 16/07/2017; Tolpuddle, Dorset, UK. JEREMY CORBYN, Leader of the Labour Party, speaks from the main stage at the Tolpuddle Trade Union Festival. Frances O' Grady, TUC General Secretary was also in attendance. Tolpuddle has been a place of great importance to the Labour Movement from the moment news broke of the harsh sentences imposed on the six farm workers who led the formation of the union in 1834. In 1834, farm workers in west Dorset formed a trade union. Unions were lawful and growing fast but six leaders of the union were arrested and sentenced to seven years’ transportation for taking an oath of secrecy. Protests swept across the country. Thousands of people marched through London and many more organised petitions and protest meetings to demand their freedom. The Tolpuddle Martyrs Museum tells the story of the Martyrs arrest, trial and punishment, leading to the foundation of modern day trade unionism. Every year in July, thousands of people attend the Tolpuddle Martyrs' Festival for a weekend of family entertainment, stalls, political debate, comedy, music and a grand procession of trade unions with banners through the village. Picture credit : Simon Chapman/LNP 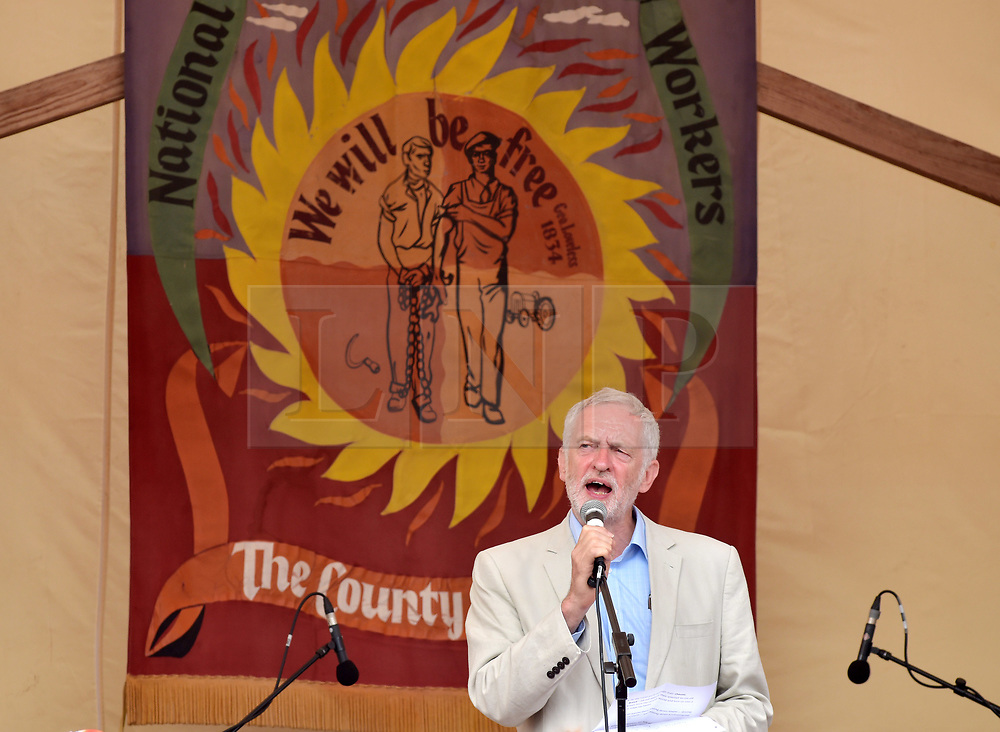