© Licensed to London News Pictures. 28/10/2015. London, UK. Former and serving servicemen wait outside the gates of Downing Street as Claire Blackman, wife of Sgt Alexander Blackman, joined by former servicemen hands in a letter to 10 Downing Street requesting the release of her husband from prison where he is serving a life sentence after being convicted of murdering a wounded Taliban fighter. Photo credit: Ben Cawthra/LNP 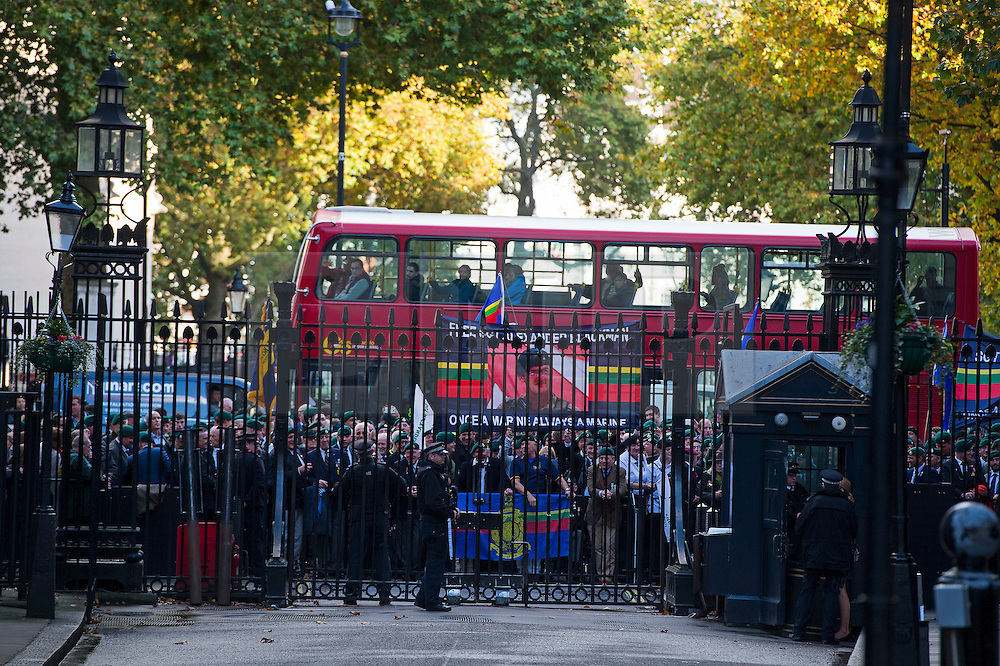