© Licensed to London News Pictures. 06/01/2017. Haxey UK. The Fool (Dale Smith) start's the Haxey Hood game in the village of Haxey in Lincolnshire. The game of Haxey Hood dates back to the 14th century. It is said that Lady de Mowbray was riding towards the village of Haxey, north Lincolnshire, when her silk riding hood was blown away by the wind. Farm workers in a nearby field rushed to help and chased the hood, when it was eventually caught by one of the men. He was too shy to return it to the lady so handed it to another worker, who gave it to her. She thanked the man who had returned the hood and said he had acted like a lord, whereas the worker who caught the hood was a fool. The act of chivalry and resulting chase amused her so much she donated 13 acres of land on condition the chase for the hood was reenacted each year. Photo credit: Andrew McCaren/LNP 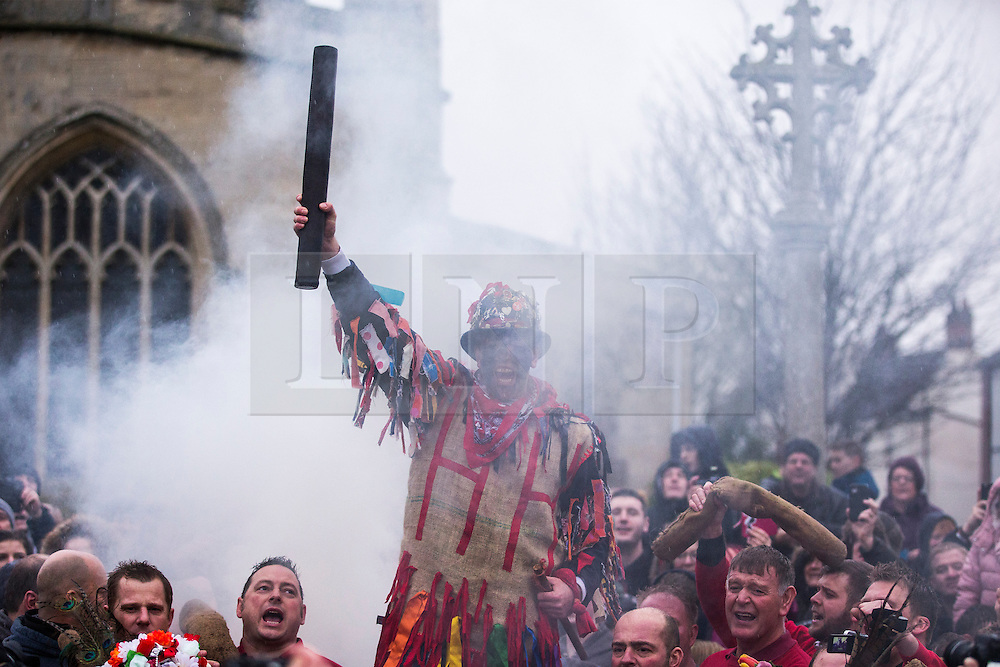