© Licensed to London News Pictures. 04/07/2013. Bristol, UK. Wing Commander Andy Green, who will pilot the Bloodhound Supersonic Car, at the project's official opening of the new technical centre in Avonmouth, Bristol. The car is being built to go at 1000mph to break the land speed record, powered by a rocket and a Rolls Royce EJ200 jet engine with a Cosworth engine being used as a pump. The record attempt will take place in South Africa. David Willetts, Minister for Science and Universities took part in joining parts of the bodywork together. 04 July 2013.
Photo credit : Simon Chapman/LNP 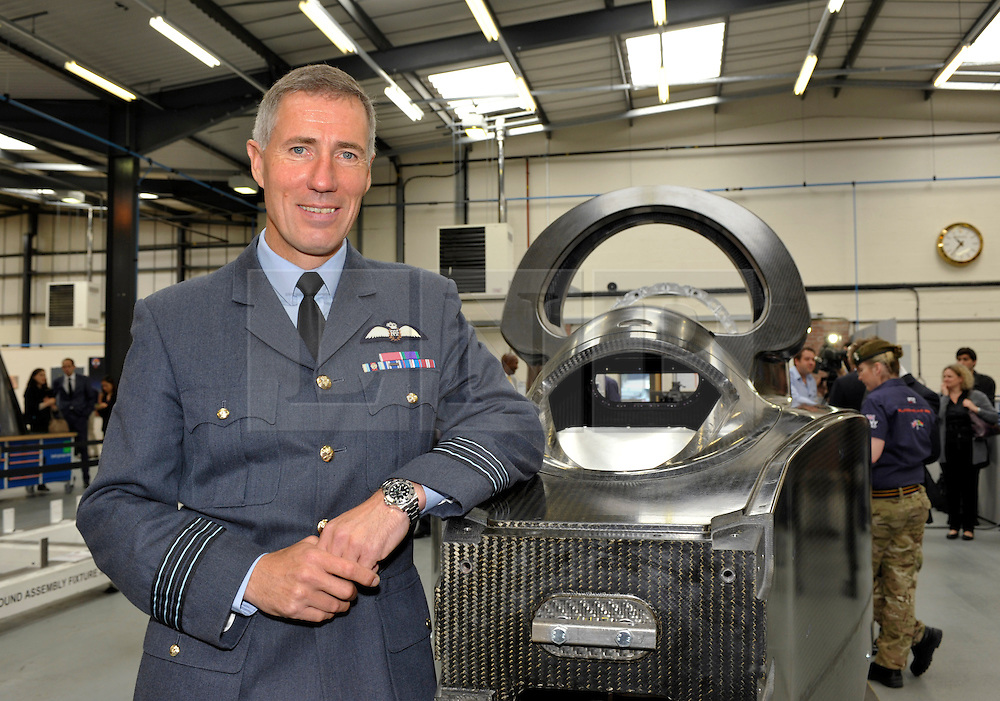