© Licensed to London News Pictures. 23/05/2018; Bristol, UK. KEES VAN DONGEN, father of acid attack victim Mark van Dongen, speaks to the media outside Bristol Crown Court after the sentencing of Berlinah Wallace who has been convicted of throwing a corrosive substance with intent at her former boyfriend Mark van Dongen in Bristol in 2015. Wallace was given a life sentence with a minimum of 12 years, but she was cleared of murder by the jury. Mark van Dongen was left with such terrible injuries from the acid attack that he was driven to euthanasia. Berlinah Wallace, 49, threw sulphuric acid over Mark van Dongen, 29, in a fit of jealousy and rage after he began a relationship with another woman. After spending more than a year in hospital in Bristol, Van Dongen’s family and friends hired a private ambulance to take him to Belgium, where he applied for euthanasia. Mark's father Kees van Dongen has called for the perpetrator, Berlinah Wallace, to spend the rest of her life in jail. Photo credit: Simon Chapman/LNP 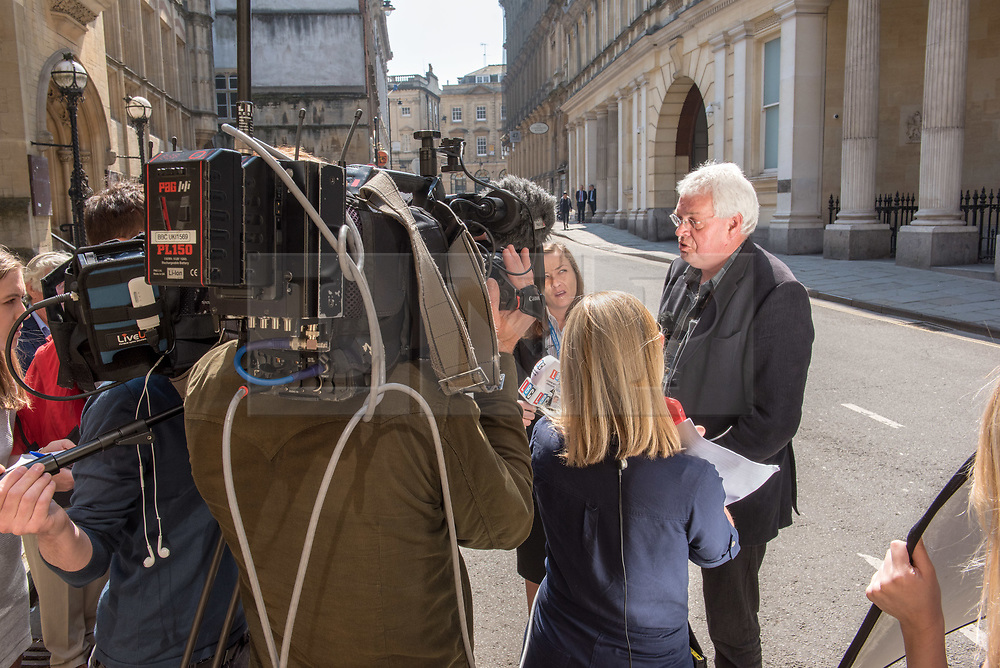