© Licensed to London News Pictures. 17/11/2015. Bristol, UK. Vigil for the victims of the Paris terrorist attacks at Bristol Cathedral with religious and community leaders. The Muslim community in Bristol organised a candle-lit vigil for all faiths and backgrounds at Bristol Cathedral to show solidarity with the victims of the Paris attacks which are claimed by IS (Islamic State). The management and Imaam's of Bristol's Easton Jamia Masjid, Bristol's biggest mosque, released a statement saying they have been shocked and saddened by the attacks on innocent people in France. "We strongly condemn the terrorist atrocities in France, these sickening crimes are an attack against all of humanity. As a local Muslim place of worship we send our condolences from our local community and congregation to the people of France. During this very dark hour they will see compassion and solidarity from around the world". Photo credit : Simon Chapman/LNP 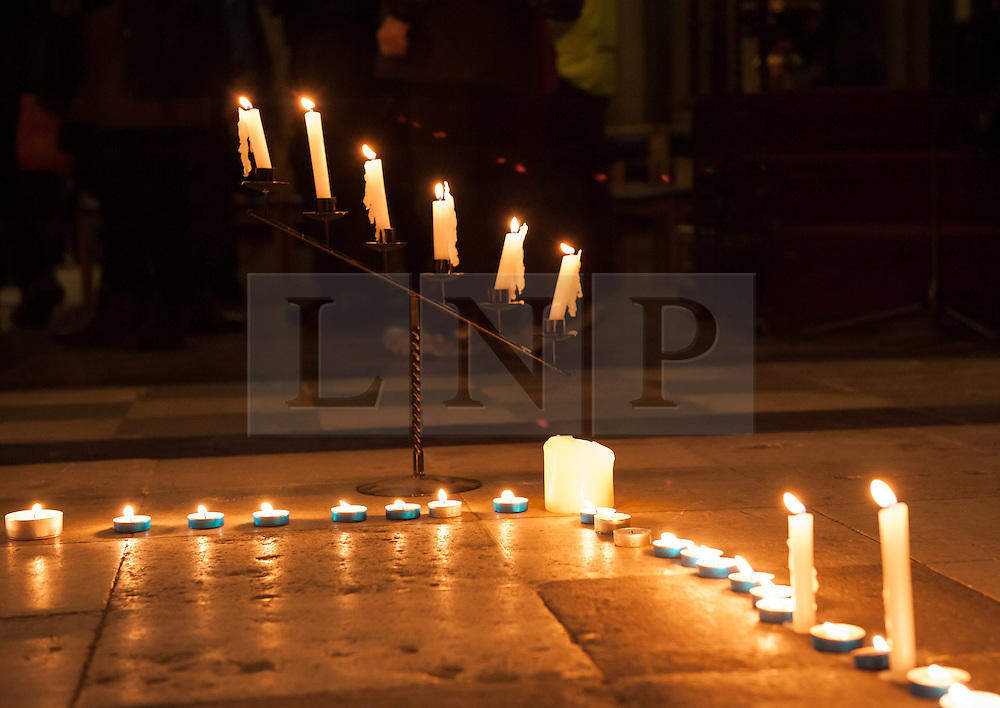