© Licensed to London News Pictures. 30/06/2019. Croydon, UK. Police forensic officers at the scene in Raymead Avenue, Thornton Heath, Croydon where a women, aged 26 who was approximately eight months pregnant was was stabbed to death in the early hours of Saturday 29th June. The woman died at the scene and her baby is now critically ill in hospital. A 37-year-old man has been arrested on suspicion of murder and is in custody. Photo credit: Vickie Flores/LNP 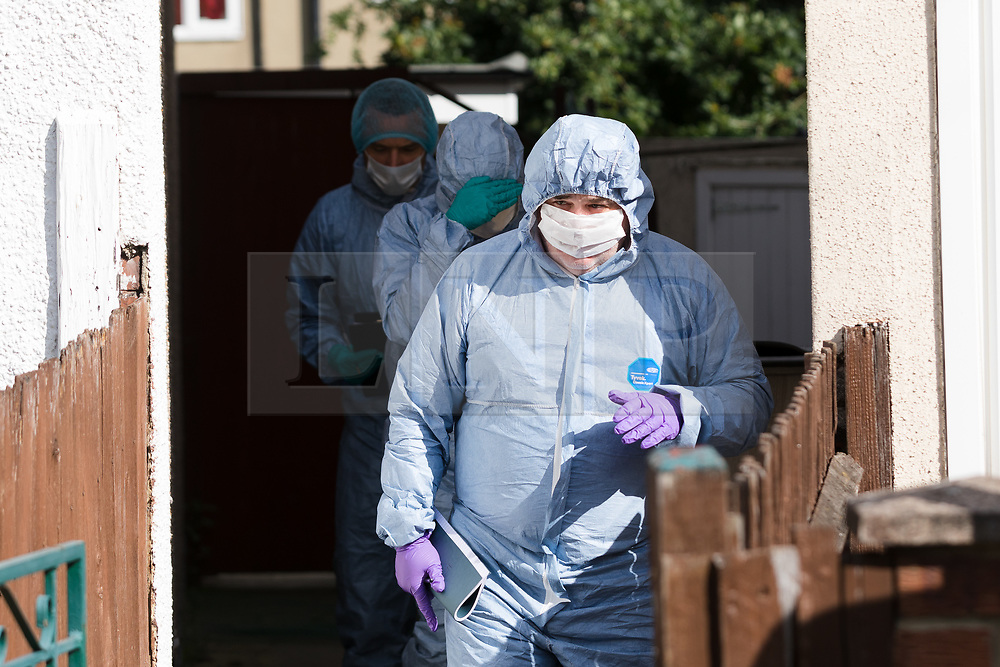