Englishman statue next to Colston plinth

© Licensed to London News Pictures; 15/06/2020; Bristol, UK. People view and photograph a new mystery statue of a caricature Englishman has been placed by the now empty Colston plinth on Monday morning, following an “All Lives Matter” protest at the weekend to “defend the Cenotaph”. The grey statue shows a bald man resting in a wheelie bin with the words "Spoiler: St George was Turkish" on the front. He is holding a small globe in one hand and a mobile phone in the other hand with a screen showing the St George flag and words "England for the English". The character wears a string vest over a beer belly and looks over to where Colston’s statue was torn down from its plinth a week ago. The artist is not known but the statue looks similar to "Ruth", a character who appeared on Victoria Street in April 2018. This comes just over a week after the statue of Edward Colston which has stood in Bristol city centre for over 100 years was pulled down by protestors and thrown in Bristol Docks during a Black Lives Matters rally and march through the city centre. The rally was held in memory of George Floyd, a black man who was killed on May 25, 2020 in Minneapolis in the US by a white police officer kneeling on his neck for nearly 9 minutes. The killing of George Floyd has seen widespread protests in the US, the UK and other countries against both modern day racism and historical legacies of slavery. Edward Colston (1636 – 1721) was a wealthy Bristol-born English merchant involved in the slave trade, a Member of Parliament and a philanthropist. He supported and endowed schools, almshouses, hospitals and churches in Bristol, London and elsewhere, and his name is commemorated in several Bristol landmarks, streets, three schools and the Colston bun. Photo credit: Simon Chapman/LNP. 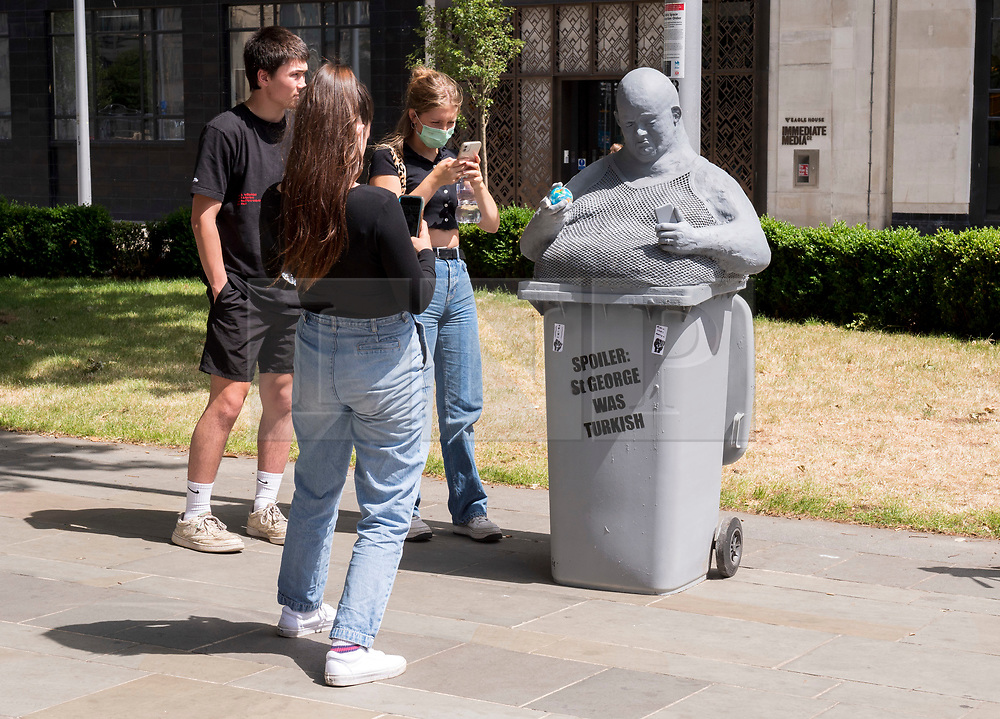