© Licensed to London News Pictures. 03/01/2016. Bristol, UK. Hundreds take part in a Muslim Peace March through east Bristol on the day of celebrating the birthday of the Prophet Muhammad the founder of Islam. The event was organised by city's four biggest mosques - Easton Jamia Mosque, Fishponds Madani Mosque, Totterdown Mosque and Hazarat Bilal Centre. All four mosque chairmen addressed the crowds at points throughout the march, preaching various messages of peace and promoting diversity and inclusion, and thanked Bristol for allowing its citizens to share their religious festival on the streets. The Prophet's birthday is known as Eid MIlad ul-Nabi and falls on the 12th or 17th day of the Islamic month of Rabi' al-awwal which changes every year because the Islamic calendar is based around the movements of the moon. In the UK most Muslims mark the occasion by fasting or by holding special prayers or conferences. Photo credit : Simon Chapman/LNP 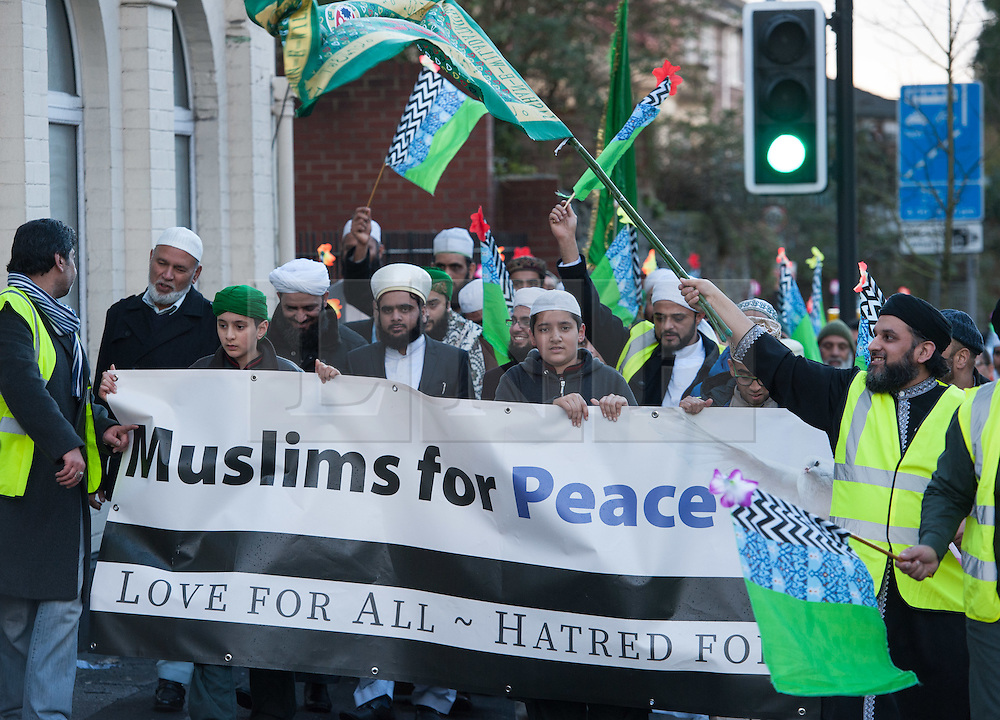