© Licensed to London News Pictures. 30/09/2015. Kirkuk, Iraq. Kurdish peshmerga fighters fire a heavy machine gun into the village of Mansoria during an offensive aimed at capturing 11 villages from the Islamic State near Kirkuk, Iraq. 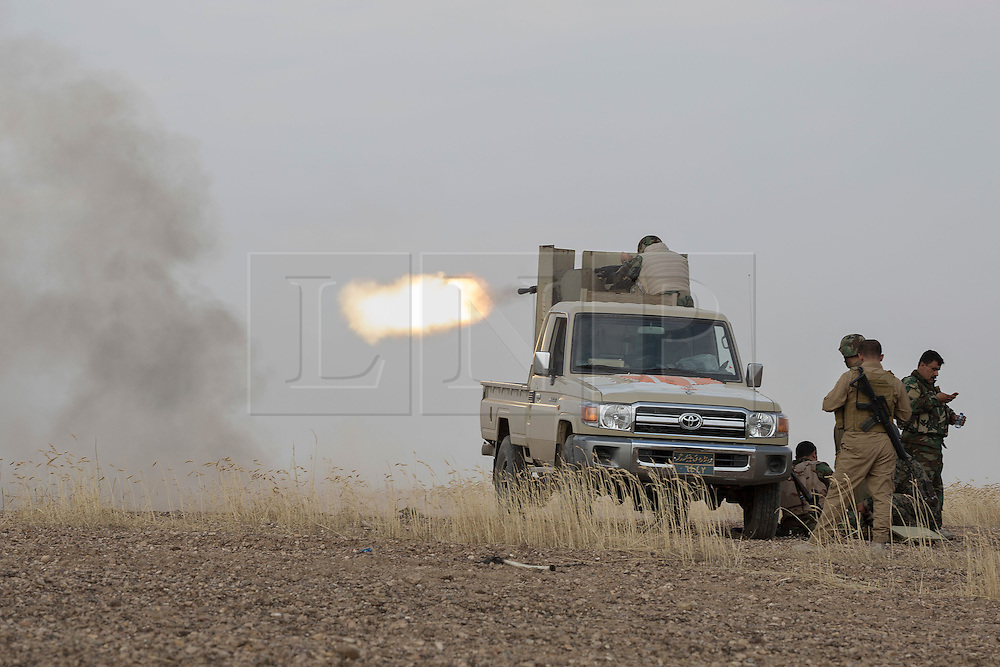