© Licensed to London News Pictures. 19/11/2016. LONDON, UK. The Greenpeace ship, MY Esperanza arrives and moors at Butlers Wharf, near Tower Bridge in central London with a banner calling on the supermarket Sainsbury’s to “stop killing our oceans”. The Esperanza has recently returned from the Indian Ocean where Greenpeace worked to expose destructive fishing practices of John West and its owner Thai Union, which claim to show harm to all kinds of marine life including sharks and turtles in the pursuit of the tuna fish, which is sold by Sainsbury's supermarket. Tesco and Waitrose supermarkets have already committed to remove John West’s tuna from their shelves, but Sainsbury's currently still sells and profit from John West tuna. Photo credit: Vickie Flores/LNP 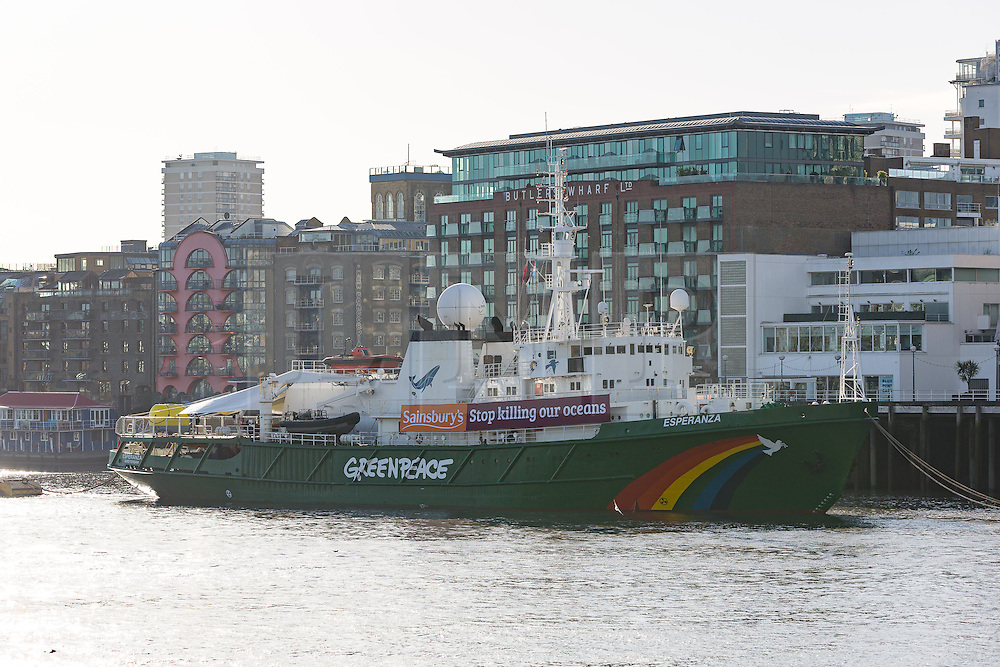