© Licensed to London News Pictures . 20/12/2017. Manchester, UK. A mourner touches his hand to Sam's coffin in the hearse , outside the church after the service . The funeral of 14-year-old Sam Berkley at Christ Church in Denton , East Manchester . Mourners wear red and white , the colours of Hattersley FC , for whom Berkley played . Amongst their number are pupils and friends from Audenshaw School . Berkley died after being hit by a grey BMW near junction 3 of the M67 in Hyde , East Manchester , on 1st December 2017 . Photo credit: Joel Goodman/LNP 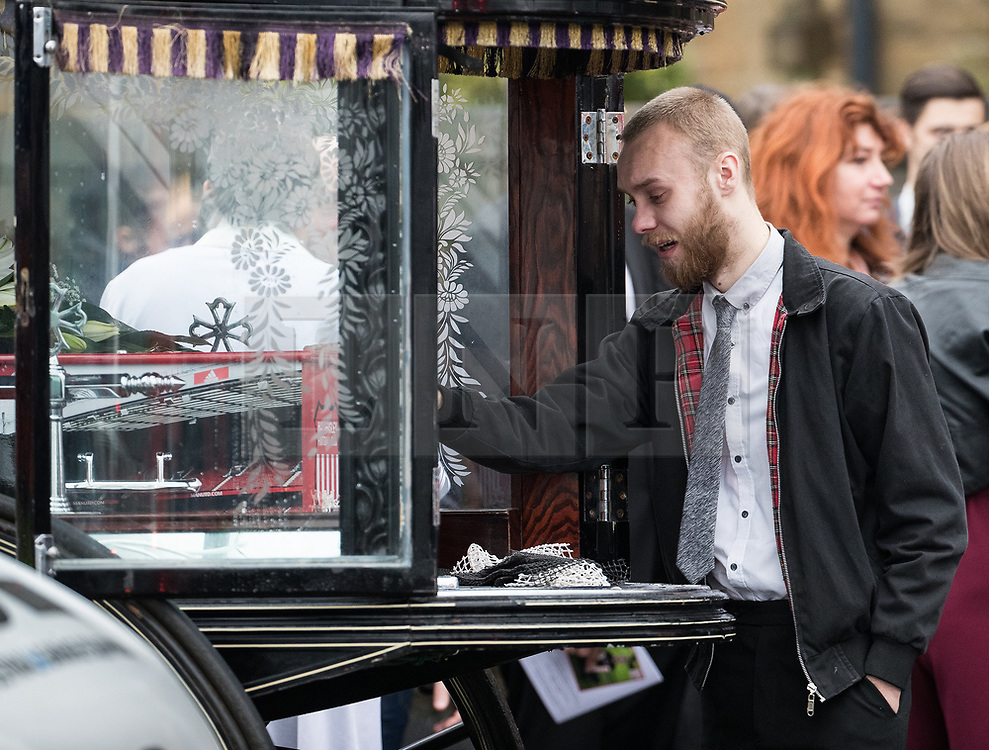