© Licensed to London News Pictures; 31/12/2020; Bristol, UK. Local plumber MIMI WALKER, who helped to save three trees from building workers exactly a year ago, holds a sign joining others for the Save The M32 Maples Campaign to symbolically chain themselves to a Norway maple tree while observing Covid safety precautions, gathering for the first anniversary of a property developer’s attempted 6am chainsaw massacre on new year's eve 2019 which resulted in three mature maple trees being saved. Now there is only one maple tree left after two more trees were axed by contractors in November at 5.30am, and during which campaigners say safety standards were violated for the third time. Since then the campaign has kept up a regular early morning vigil, and have built strong fortifications around the surviving tree, named Crimson King where it stands on Lower Ashley Road in the St Pauls area of Bristol close to the M32 motorway. The campaign wants the importance of mature trees reflected in council policy and that developers integrate their projects whilst preserving existing trees to enhance the environment and help remove pollution in what is a traffic congested area. Photo credit: Simon Chapman/LNP. 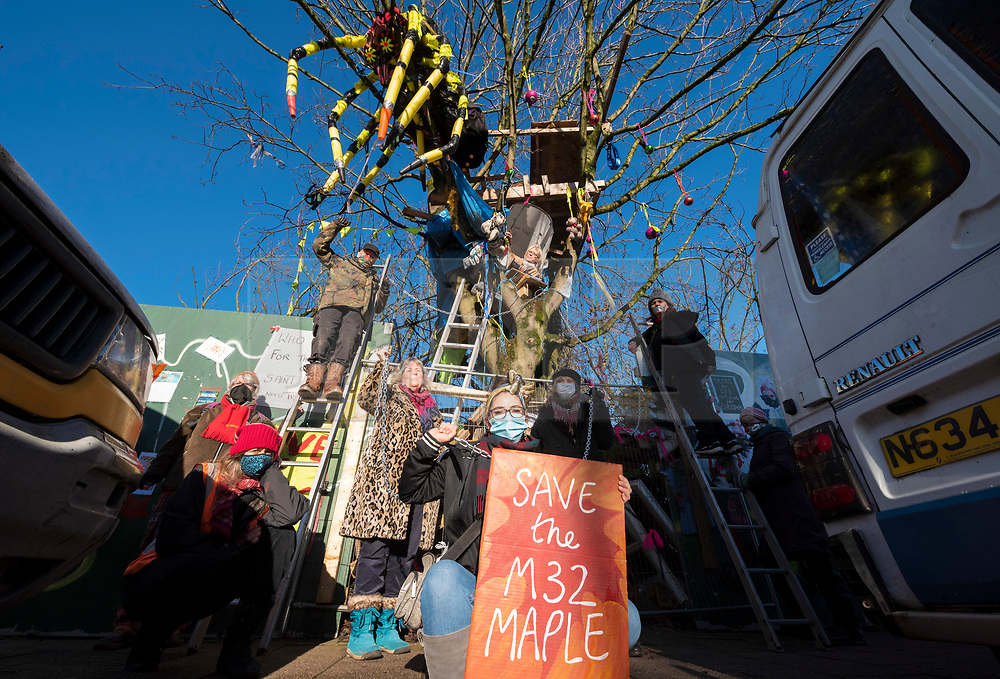