© Licensed to London News Pictures. 21/05/2015
A police officer search the guttering.
Met police search teams arriving early this morning (21.05.2015) at the Dartford home of Brian and Paul Reader.
Eight men, including two from Kent, have been charged in connection with the multimillion pound jewellery heist at Hatton Garden.

Brian Reader and his son Paul Reader both of Dartford Road, Dartford,Kent have been charged with conspiracy to burgle. 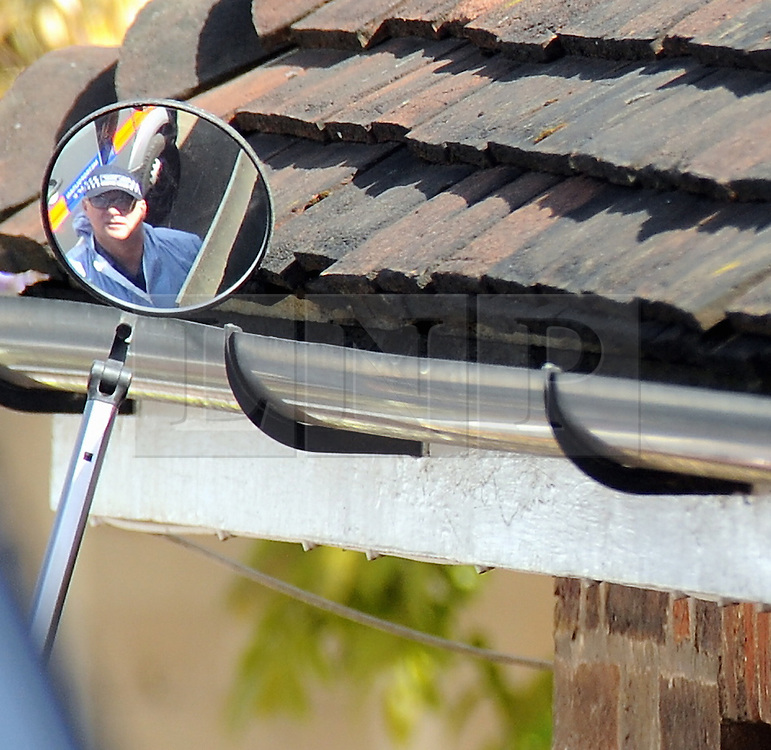