© Licensed to London News Pictures. 28/11/2017. London, UK. Geoff and Diane Gray stand for photographs after the High Court ruled that they have won the right to a fresh inquest into the death of their son Geoff Gray. 17 year old Private Geoff Gray died from two gunshot wounds to his head in Deepcut barracks in Surrey in 2001. The army said that he killed himself, but an inquest returned an open verdict. Four young recruits died in controversial circumstances at the military barracks. Photo credit: Peter Macdiarmid/LNP 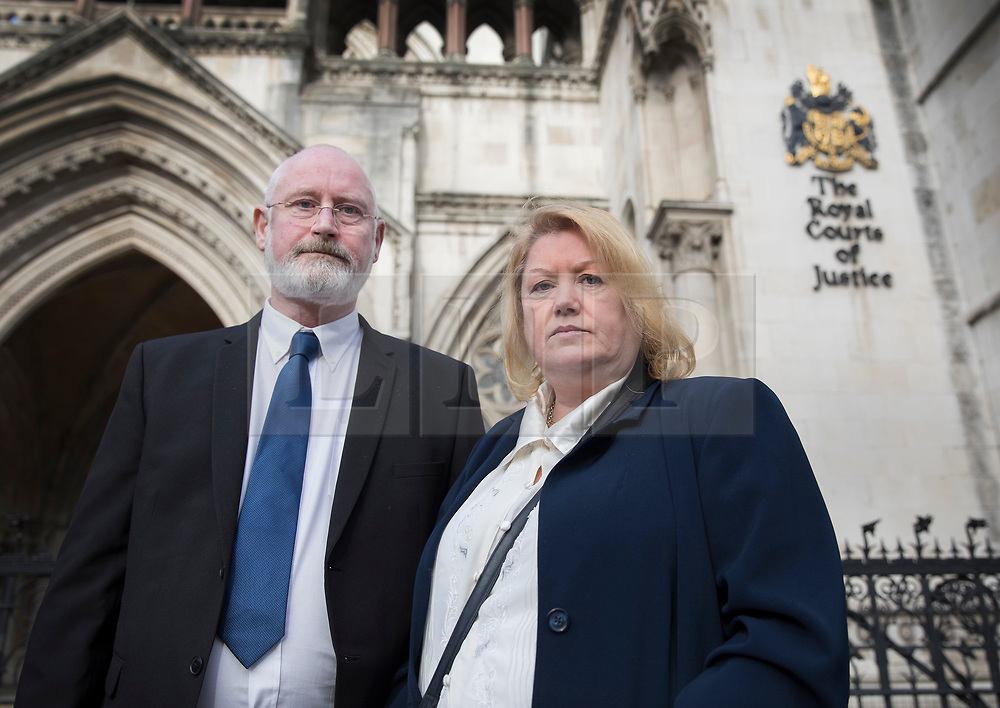