Marathon at the Top of the World

© Licensed to London News Pictures. 10/04/2014. BRYN HUGHES, father of murdered police woman Nicola Hughes, who was murdered by Dale Cregan, competing in her memory and raising money for charity. The UVU North Poe marathon 2014 which took place at a temperature of minus 30 degrees. Run over the classic 42.195km (26.2 miles ) marathon distance it is described as the world coldest marathon. Held at the top of the world it is also the worlds most remote marathon race. The men's race was won by Michael Wardian of USA (not pictured) with a time of 4:07:40 hrs. Photo credit : Mike King/LNP 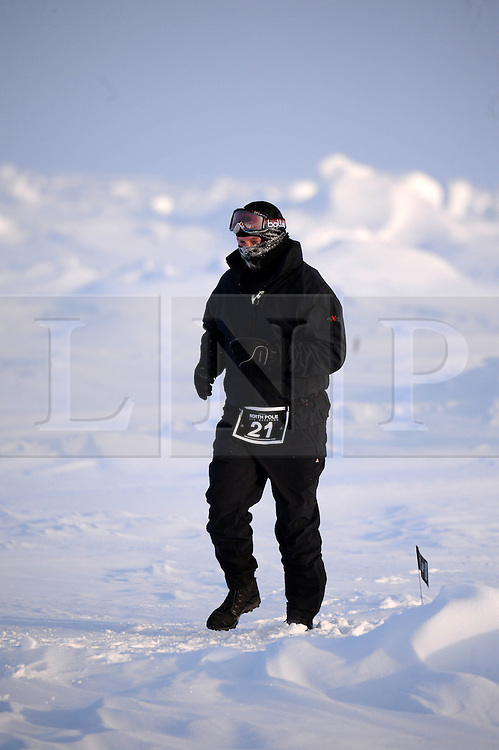