© Licensed to London News Pictures. 14/05/2020. London, UK. A Metropolitan Police vehicle forms a cordon on Lombard Road, inside the cordon is a forensic investigator gathering evidence alongside a vehicle that has collided with a wall. Police were called at around 1800BST on Wednesday, 13 May, to reports of a man with a knife in Lombard Road, SW11. There were also reports of a car in collision with a wall in Lombard Road. Officers attended the location and found two men injured - one had cuts to his arms and the other cuts to his legs. Officers believed the two men had been travelling in the car. Both have been taken to hospital, where their injuries are not believed to be life-threatening. Investigations at the scene led officers to Vicarage Crescent, SW11, where they found two other injured men. Both were taken to hospital with non life-threatening injuries. Photo credit: Peter Manning/LNP 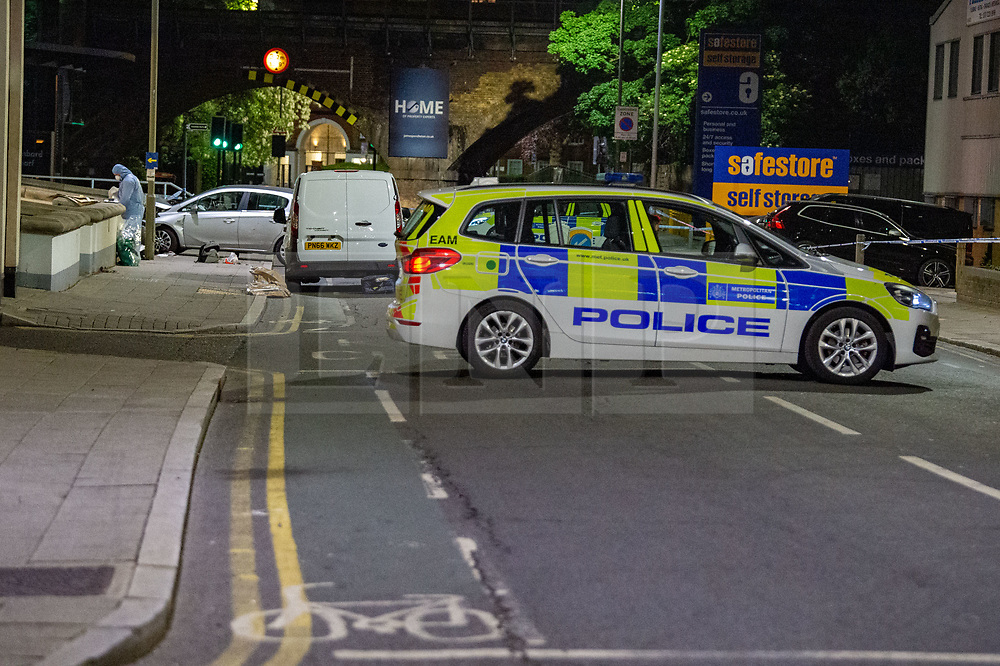