Instruments are placed on the floor next to a colliery banner from Trimdon Grange Colliery during the Durham Miners Gala. 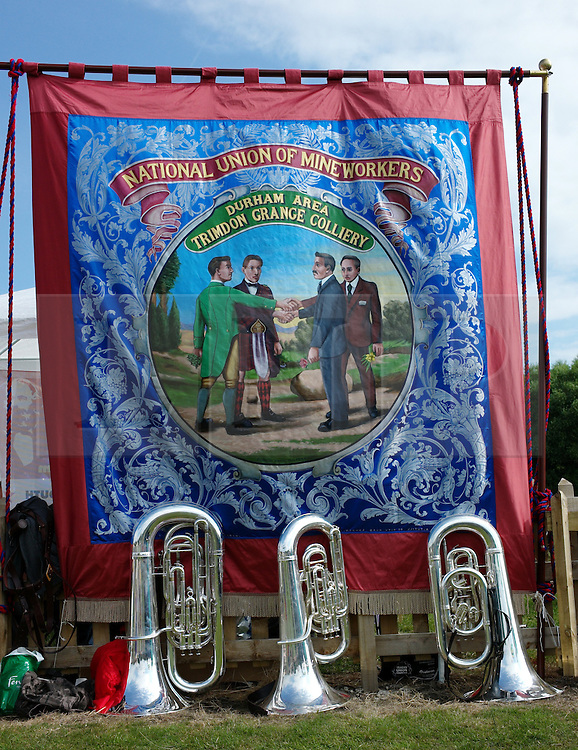