© Licensed to London News Pictures. 06/02/2018. Manchester, UK. THERESA MAY arrives in Manchester out of public view , on the anniversary of Parliament granting some women the vote in Britain, for the first time. On the 100th anniversary of the Representation of the People Act 1918, the Prime Minister is speaking of the ‘tone of bitterness and aggression’ within public discourse, particularly where female, gay or ethnic minority politicians are concerned. Photo credit: Joel Goodman/LNP 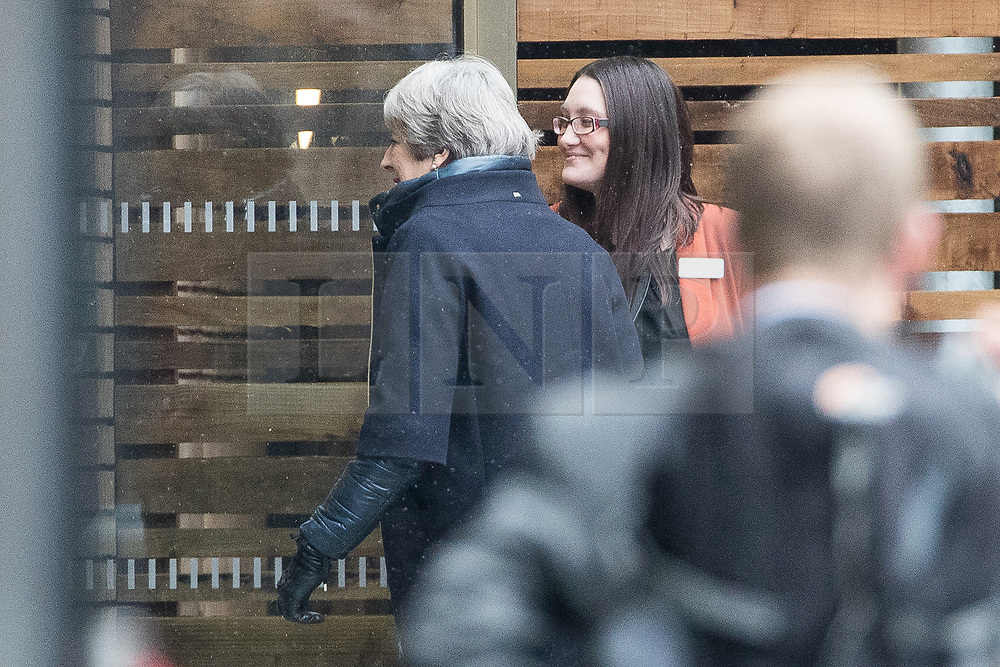