© Licensed to London News Pictures. 23/10/2014. London. The Royal British Legion launched the 2014 Poppy Appeal at sunrise this morning at the Cenotaph memorial. Members of the Armed Forces and the general public took part in a series of 30 minute vigils to commemorate fallen soldiers of WW1. The Poppy Appeal is The Royal British Legion's largest annual charity campaign. In a little over two weeks, some 45 million poppies will be distributed by 350,000 dedicated collectors with the aim of raising £40 million. Photo credit : Alison Baskerville/LNP 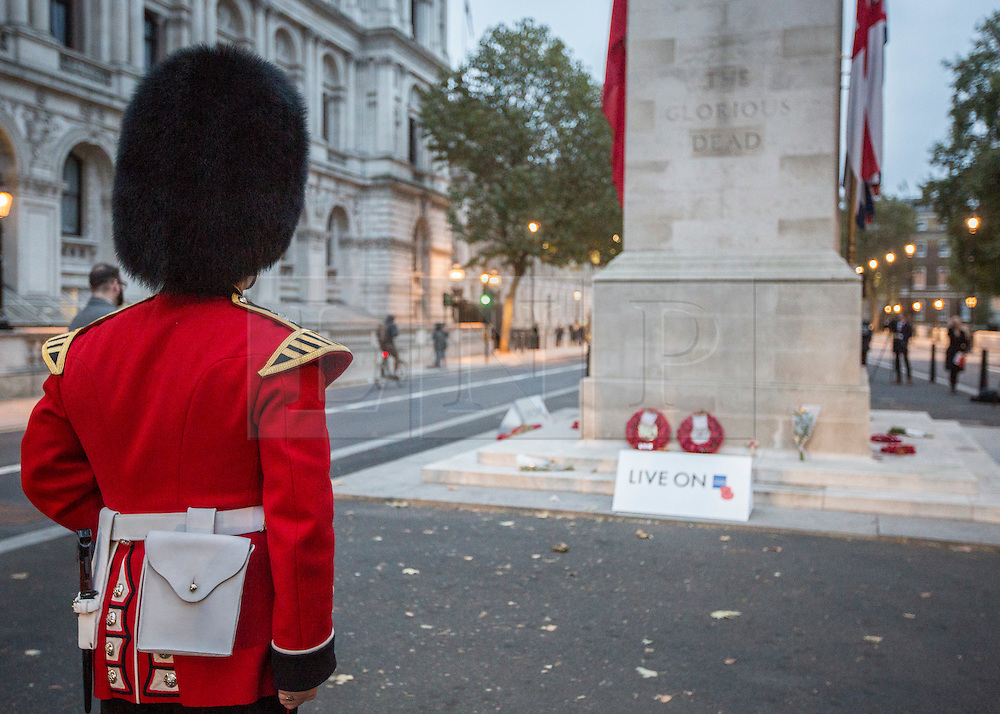